Fighting for Visibility: The inside story of “Hidden Figures” 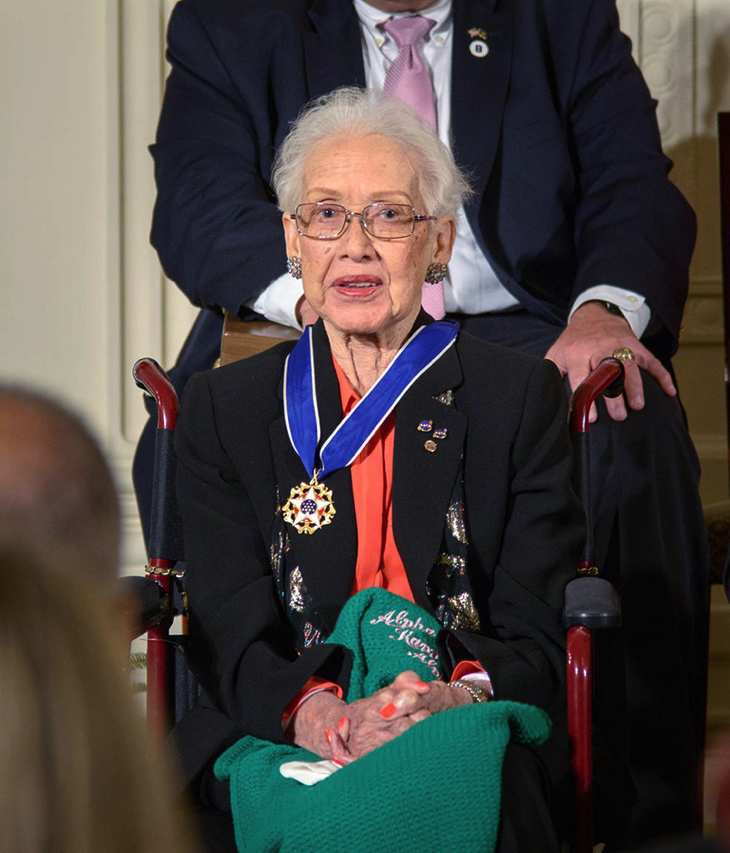 Astronomy.com has a great piece on the real life story that is told in the movie “Hidden Figures”

…These women, though not the faces memorialized in crowded mission-control room photos or seen waving from catwalks before launching beyond Earth’s grip, were nonetheless stars in their own right. And one of the brightest was Katherine Johnson.

Born in 1918 in White Sulphur Springs, Virginia, Johnson loved numbers as a child. She started college at West Virginia State University at age 15 and blew through the school catalog’s listed courses; her professor created new ones just for her. By 18, she had graduated summa cum laude with degrees in math and French. But career paths for black women were stark in the 1940s, even with a mind as sharp as Johnson’s. She taught school for more than a decade before joining the space race as one of the women, black and white, whom NASA (and its predecessor, the National Advisory Committee for Aeronautics, or NACA) hired as “computers”— people to do the math that kept NASA running.

When engineers needed to calculate the trajectory for Alan Shepard’s historic suborbital flight, Johnson volunteered. She told the men she worked with exactly where and how to shoot Shepard into the sky so he would splash down safely in range of watchful Navy ships. By the time Glenn orbited Earth, mechanical computers were beginning to replace humans. But Glenn, fearless as he was, wanted his path checked and his life in the hands of someone he could look in the eye, not an unfeeling machine. Johnson was that person, matching the computer decimal for decimal. And when Armstrong, Buzz Aldrin, and Michael Collins left Earth for the Moon, Johnson used the powerful new computers to calculate their trajectory as well. By the time she retired in 1986, she had left her fingerprints on NASA missions from the agency’s first forays beyond Earth into the space shuttle era.

Johnson and her colleagues, Dorothy Vaughan and Mary Jackson, feature prominently in the new book Hidden Figures, by Margot Shetterly. The book, which came out in September 2016, is about to hit the big screen as a major motion picture. Johnson is the lead character, played by Taraji P. Henson of the Fox television show Empire; Octavia Spencer and Janelle Monáe round out the cast as Vaughan and Jackson, respectively.

Johnson is arguably the most famous of a group of black women Langley Research Center hired to perform calculations during World War II. They were known as the West Computers because they worked in the segregated West Area of Langley. Toiling as brainy beasts of burden, these women — and their white counterparts in the East wing — took math problems parceled out by engineers and solved them with lightning speed and meticulous accuracy.

Comments Off on Fighting for Visibility: The inside story of “Hidden Figures”