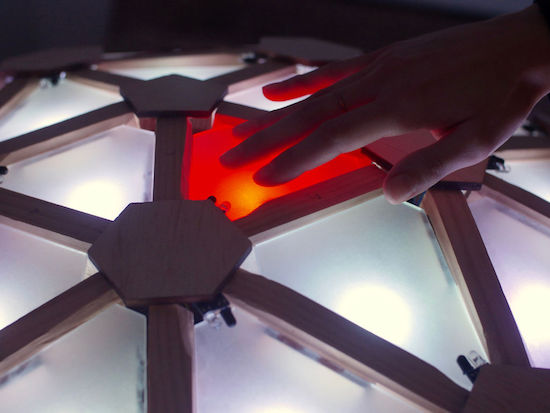 We’ve all seen geodesic domes in one form or another, whether as a modern experiment, as housing from a bygone era, or perhaps as a gigantic structure in Orlando (technically a geodesic sphere). Jon Bumstead apparently wasn’t satisfied with current dome options, and instead created his own, integrating elements from programmable LED tables to make it interactive.

The resulting build is quite spectacular. Each triangular section able to be lit up with an RGB LED, and further information is output to five MIDI signals in order to produce sound. This means that up to five people can play the dome as an instrument simultaneously. If that wasn’t enough, the Arduino Uno-based dome is programmed to play a version of Simon or Pong, and can be set up to display a light show!