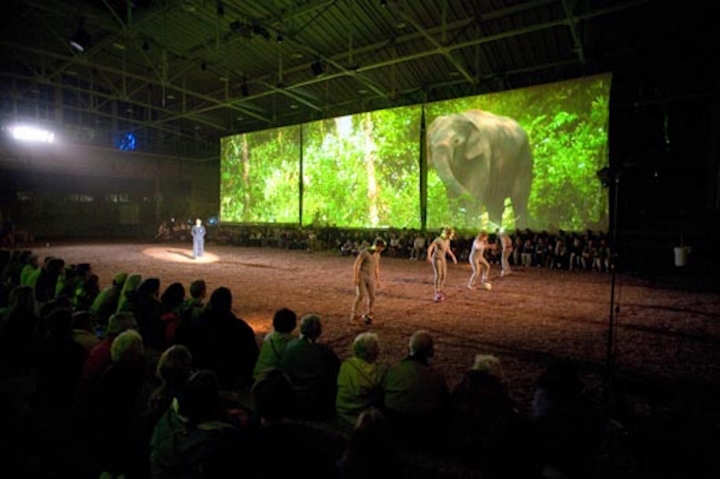 This fall we learned once again that “all politics is local,” as Tip O’Neill famously said. All the theories and polling and arguments for the greater good paled in influence on voters compared to the circumstances of their daily lives, their immediate relationships, and the “call of stories” that fuel “the moral imagination,” as psychiatrist Robert Coles wrote a quarter of a century ago. Artists have been telling us all of this for at least two decades, with a swell of local performance and art scenes burgeoning across the globe. No one can be everywhere or see everything, and the internet has made us all aware of how much is going on that we’re missing. Even among the viewers of a single work, “there’s not one vantage point that should be seen or a unique point of perception,” as Christo explained in a 1983 interview. 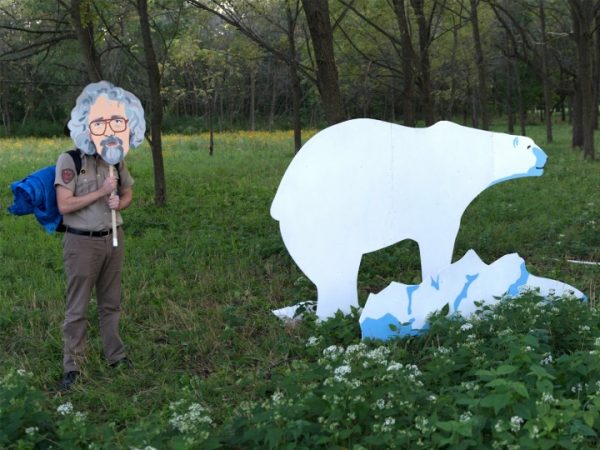 This abundance and diversity makes the conversation richer, with more outstanding artists in more places than ever. But there are more audiences too, and people in downstate Illinois need outstanding works of art just as much as anyone. They’re getting them with — among other works — an exciting series of multimedia performances by Deke Weaver in and around the University of Illinois. On December 22nd, Weaver released the first online video for Part Two of his current “Bear” project. Five more of these one-minute teasers are going up on the “BEAR” page of The Unreliable Bestiary each week in January. Weaver will use geocaching to draw viewers into area parks to find clues that will lead them to surprising discoveries. The videos anticipate a culmination in stories and videos at a nightly performance that will run February 16 to 25 at the Station Theatre in Urbana. Will the videos capture field sightings of local bears? Will they reveal steps on a path of discovery in the AMK Habitat Corridor? We don’t yet know. But we do know what has happened so far in Part One.