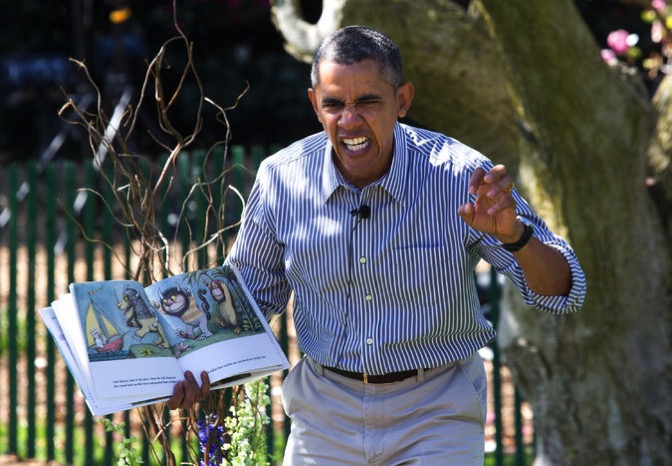 In today’s polarized environment, where the internet has let people increasingly retreat to their own silos (talking only to like-minded folks, who amplify their certainties and biases), the president sees novels and other art (like the musical “Hamilton”) as providing a kind of bridge that might span usual divides and “a reminder of the truths under the surface of what we argue about every day.”

He points out, for instance, that the fiction of Junot Díaz and Jhumpa Lahiri speaks “to a very particular contemporary immigration experience,” but at the same time tell stories about “longing for this better place but also feeling displaced” — a theme central to much of American literature, and not unlike books by Philip Roth and Saul Bellow that are “steeped with this sense of being an outsider, longing to get in, not sure what you’re giving up.”

Mr. Obama entered office as a writer, and he will soon return to a private life as a writer, planning to work on his memoirs, which will draw on journals he’s kept in the White House (“but not with the sort of discipline that I would have hoped for”). He has a writer’s sensibility — an ability to be in the moment while standing apart as an observer, a novelist’s eye and ear for detail, and a precise but elastic voice capable of moving easily between the lyrical and the vernacular and the profound.

Comments Off on Obama’s Secret to Surviving the White House Years: Books #MakerEducation