Tactile Perpetuum calendar tempts users away from their smartphones 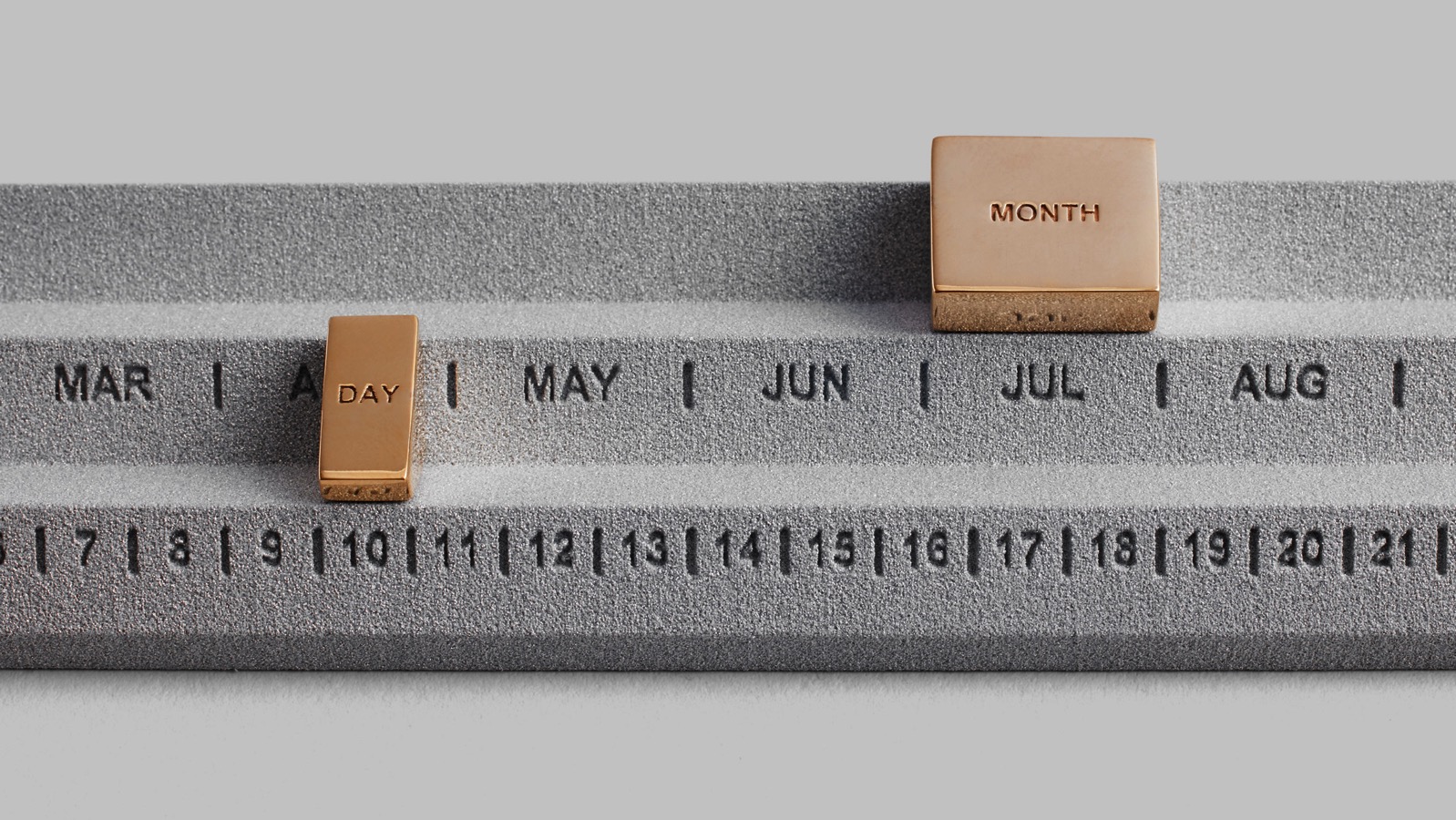 The calendar, which was designed by Spanish studio Yonoh, nods to “the architecture of the industrial boom”. Its three ridges mark the month and day, forming a sawtoothed profile that references the roofs of factories built in the 1920s and 1930s.

“The calendar’s 3D-printed fabric base emulates the era’s move towards the synthetic, gracefully guiding an antiquated material into the 21st century,” said Othr, which launched in May 2016.