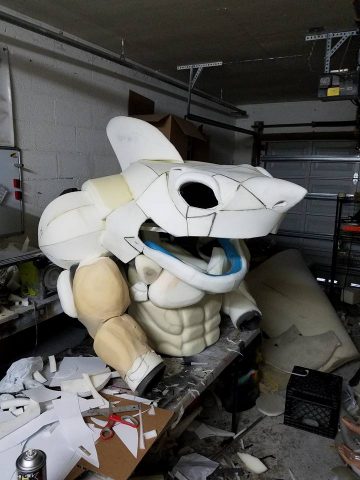 Bryan Doell, a.k.a. BMP Props and Costumes, is no stranger to making massive costumes. For MegaCon 2016, he became X-Men’s Juggernaut. He has similarly gargantuan plans for MegaCon 2017 — he’s taking a Street Sharks ensemble to the Florida convention this year. I confess I had to look into Street Sharks. For anyone else who’s not familiar with the property, it’s an animated series that aired in the mid ’90s and featured half-man/half-shark crime fighters. Bryan’s dressing as Ripster, the leader of the Street Sharks.

Now that we’re all in the know, take a moment to appreciate the progress Bryan has made so far. He has the shell of the shark portion of the body done. It’s in two sections, the abs/torso and the head and arms. It all sits on a frame, and Bryan says it’s quite comfortable and light to wear. He’s going to be casting the hands next and eventually adding puppetry to give Ripster moving eyes.

Watch a movement test of the costume and see how flexible the suit is in this Facebook video. 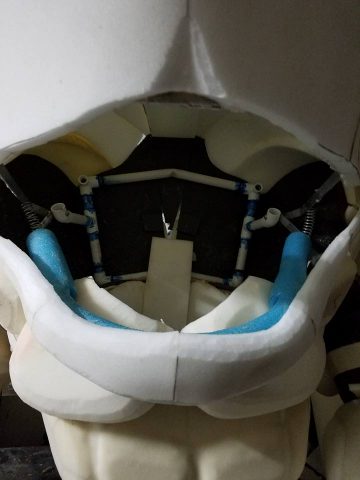