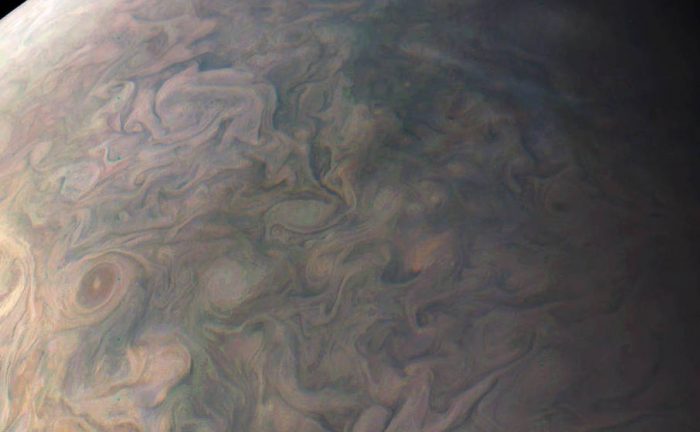 NASA has already been keeping the astronomy world busy with Mission Juno, but their JunoCam citizen science project has been earning the real stars. Imagine crowd-sourcing a camera whose main focus is Jupiter–exciting stuff! The public is able to engage with the entire process, according to Universe Today. People have been uploading telescope data to help plan the mission, they’ve been voting on POI (Points of Interest) and lately been helping with image processing. The beautiful pic shown here is an example of raw data that was downloaded and the credits reveal the citizen scientists that processed it, adding enhancements. Reporter Nancy Atkinson interviewed Juno’s project manager, Rick Nybakken, to explain how this detail is possible.

“The spacecraft’s proximity to Jupiter is very unusual. Juno has an elliptical orbit that brings it just 3,107 miles (5,000 km) above the cloud tops. No other mission has been this close, and we’re right on top of Jupiter so to speak.”

What makes this citizen science project so different is that it encourages not only astronomers, but photographers, editors and artists. For instance, I found this humorous version of a photo in the upload gallery titled By Jove, Have a Nice Day. The “Jove” is a play on “perijove” which describes the satellite’s orbit near the center of the planet. 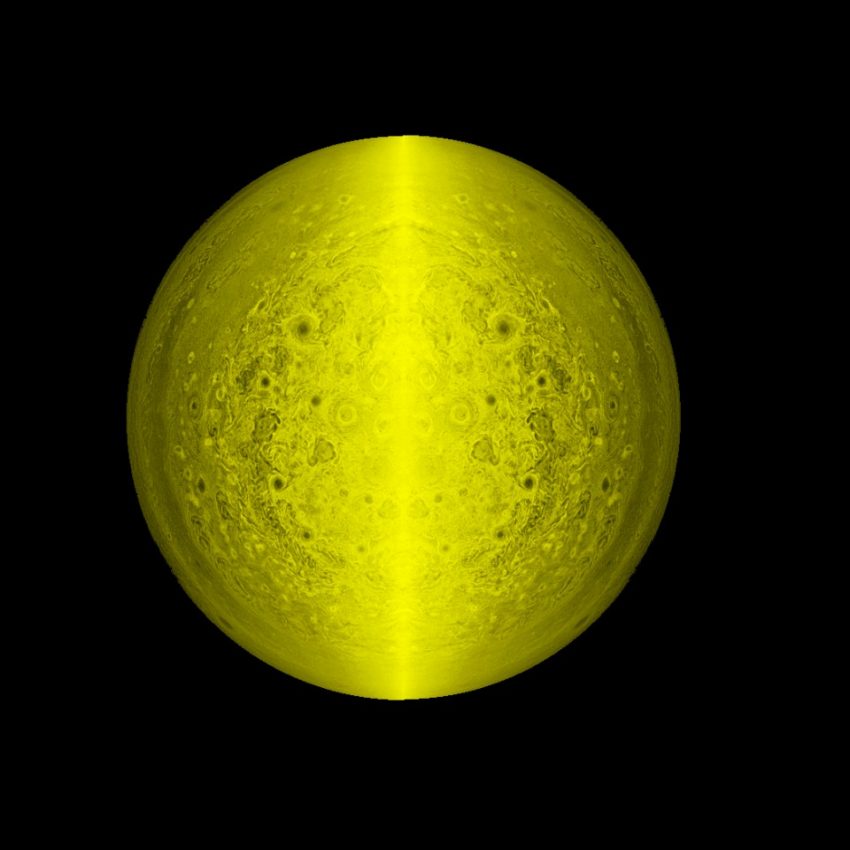 Interesting photos are a given, but other work is emerging, including a digital musical art experiment as well as Jupiter inspired jewelry. Check out this Tweet.

So, download raw images and decide whether you would like to add realistic coloring or data visualization, or whether you are inspired to create art to share across the galaxy. This is a great tool for mashing up curriculum for STEM work in schools, too, which NASA is always encouraging. If you want to make the classroom experience even more fun, add a Pinhole Planetarium. This accurate projection device by Gakken allows you to view the Northern Hemisphere night sky for any location, date or time. There’s a lot of science that went into the making, including records from JAXA, a Japanese space and aviation research institute. So, get going on your own crowd-sourced mission, whether you are in a classroom or have a dull cubicle in an office. There are worlds to discover. 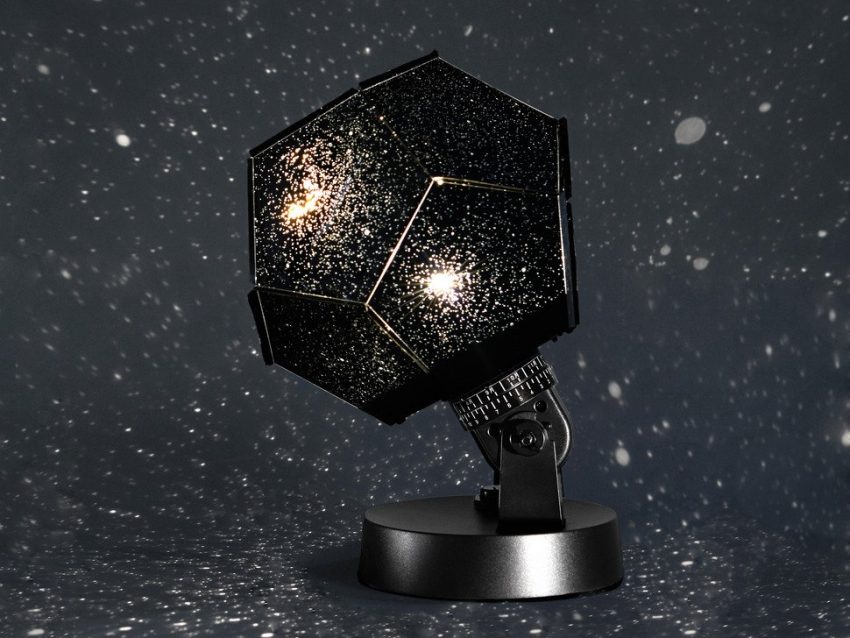