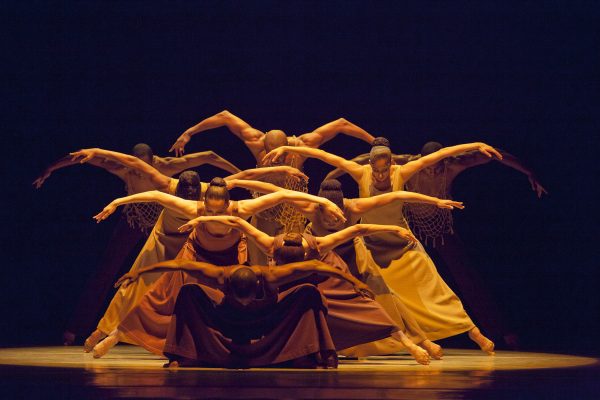 Alvin Ailey was born in Rogers, Texas on January 5, 1931 and moved to Los Angeles, California at the age of twelve. There, on a junior high school class trip to the Ballet Russe de Monte Carlo, he fell in love with concert dance. Inspired by performances of the Katherine Dunham Dance Company and classes with Lester Horton, Mr Ailey began his formal dance training. It was with Mr. Horton, the founder of the first racially integrated dance company in this country, that Mr. Ailey embarked on his professional dance career. After Horton’s death in 1953, Mr. Ailey became the director of the Lester Horton Dance Theater and began to choreograph his own works. In 1954, he and his friend Carmen de Lavallade were invited to New York to dance in the Broadway show, House of Flowers by Truman Capote. In New York, Mr. Ailey studied with many outstanding dance artists, including Martha Graham, Doris Humphrey and Charles Weidman and took acting classes with Stella Adler. The versatile Ailey won a number of acting roles, continued to choreograph and performed as a dancer.

In 1958, Mr. Ailey founded his own company, the Alvin Ailey American Dance Theater. Mr. Ailey had a vision of creating a company dedicated to the preservation and enrichment of the American modern dance heritage and the uniqueness of black cultural expression. In 1960, he choreographed Revelations, the classic masterpiece of American modern dance based on the religious heritage of his youth. 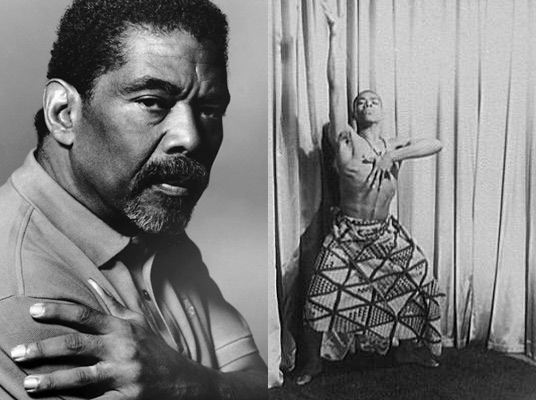 Mr. Ailey died on December 1, 1989. Anna Kisselgoff of The New York Times wrote of Mr. Ailey, “You didn’t need to have known Ailey personally to have been touched by his humanity, enthusiasm and exuberance and his courageous stand for multiracial brotherhood.”