These Photographs Were Inspired By Punch Cards #CelebratePhotography 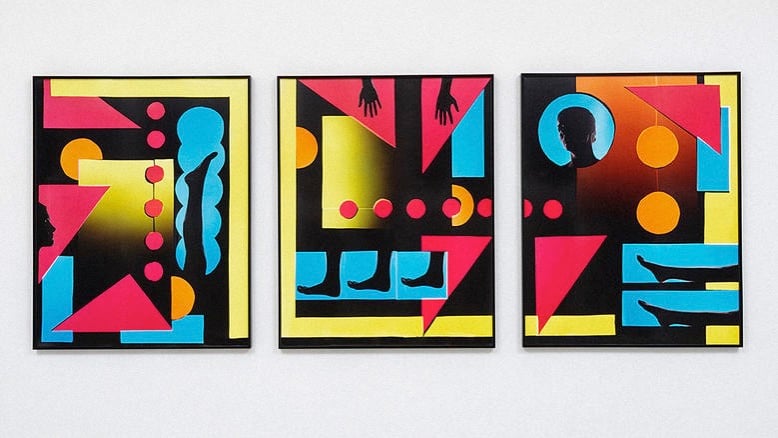 At first glance, the colorful works in Hannah Whitaker’s new show Live Agent, now up at M + B Gallery in Los Angeles, look like ’80s-era magazine collages. On further inspection, they also look like computer print-outs from the days of clip art and gem-tone web graphics.

In fact, they are photographs, inspired by an even earlier form of computing: the punched card. Even more analog is the way Whitaker creates them, through a complex layered exposure process using a camera that was around during the earliest days of photography.

The process is a purposefully circuitous route to the end result—and it adds layers of depth to the wildly patterned, cut-and-paste photographs that make up Whitaker’s show. The New York-based artist is known for photos that feel painterly and tactile and emphasize texture over content. Here, she experiments with hand-made film slides and a large-format 4×5 camera, producing photos that mix pop-art and early web aesthetic with electric color, Calder-esque geometric graphics, and Memphis-era eclecticism.

The prints are striking on first look, and only get better the more you know about them. Whitaker made the photos by first sketching out the collages she wanted to depict. She then cut shapes into sheets of film (large format cameras take film in sheets, rather than rolls) and inserted them into her old fashioned, accordion-like 4×5 camera during exposure. When the light comes through the cut-out shapes, they are imprinted onto the film; then Whitaker re-draws, re-cuts, and re-places the screen inside the camera until the layered effect of the photo is achieved. From this tedious, hand-made process, Whitaker draws a comparison to early automation and the punched card, popularized in the 1930s by IBM.

Comments Off on These Photographs Were Inspired By Punch Cards #CelebratePhotography