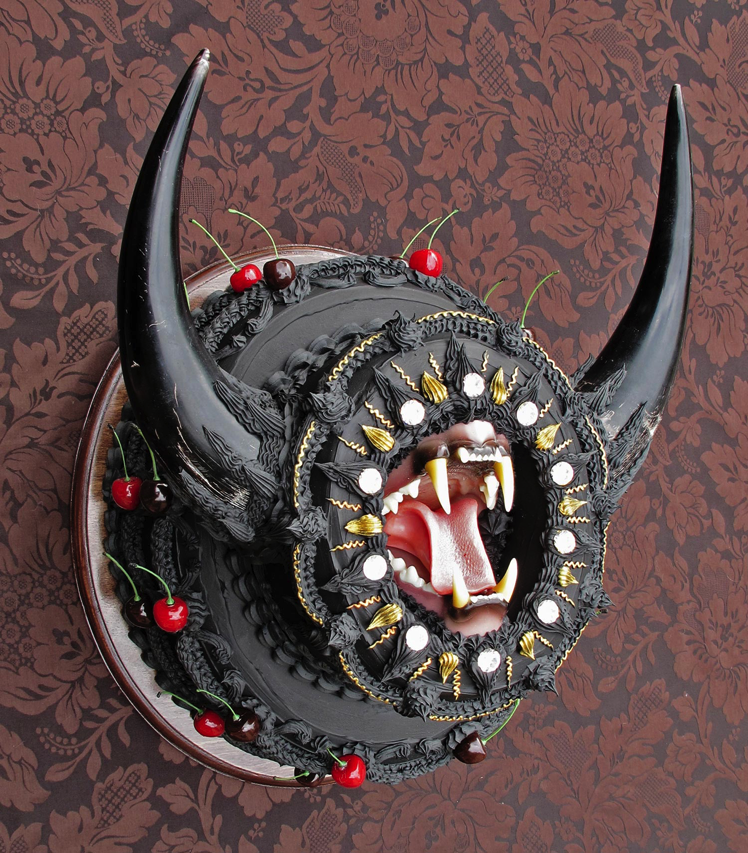 Scott Hove is an LA-based artist who turns the ingredients of beauty and violence into colorful, snarling cakes. As part of an ongoing project called “Cakeland,” these sculptures explore “the process of re-integrating light and dark, [moving] from a false dualism to a true whole.” While the juxtaposition of sweetness and savagery may be the most noticeable aspect of these sculptures, Hove’s objective is not to contrast these elements, but rather to show them working in harmony. Just as animals can be soft and endearing, they also have claws and fangs as a means to resist their enemies. Humans, too, have the capacities for kindness and violence, and the world itself is not black and white. By deconstructing such binaries, “Cakeland” and its creations offers the viewer a glimpse into a paradise where heaven and hell have merged into true, neutral nature. 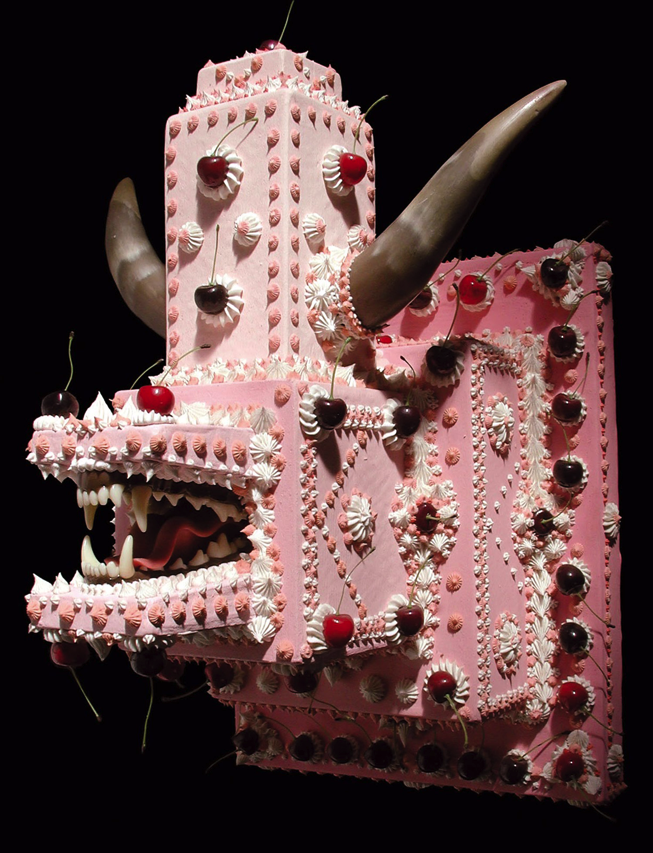