This isn’t your usual story, and this user wasn’t wearing your usual wearable/s – there was no singular ‘on wearable to rule all wearables,’ but rather a collection of wearables that all pointed to a possibility: lyme disease. 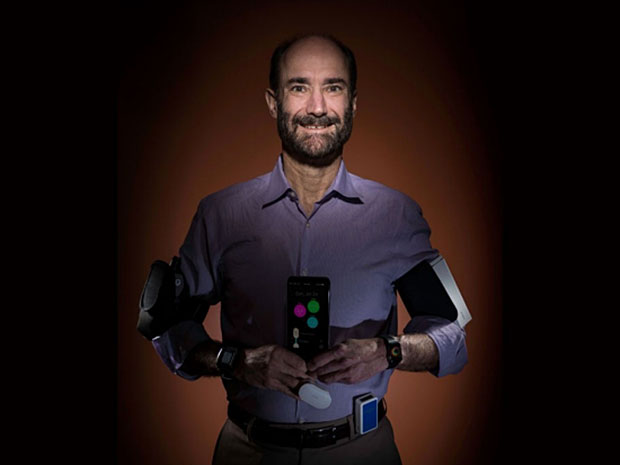 Stanford professor Michael Snyder was flying to Norway for a family vacation last year, wearing a Basis smart watch (since discontinued), a RadTarge radiation monitor, and iHealth, Scanadu, and Masimo oximeters. He was also using the MOVES app on his smart phone. Together, all this gear collects data on heart rate, blood oxygen, skin temperature, and activity, including sleep; steps; walking, biking, and running; calories expended; acceleration; and exposure to gamma rays and X-rays.

Snyder hadn’t loaded up on wearables just for this flight; he wore this gear regularly for two years as part of a study of 60 people, and frequently calibrated it with more standard medical tests. The goal? Try to figure out just how useful wearables can be in early disease diagnosis. The results of that study were published last week.

But there was something different about that plane ride. Snyder noticed that his oxygen levels—which he’d previously realized dropped during an airplane flight but returned quickly after landing—didn’t return to his baseline as expected. And his heart rate—that usually increased at the beginning of a flight but again quickly returned to baseline—didn’t come down as it normally would. Something was not right.