May Edward Chinn was an activist and physician who also did cancer research for 29 years. 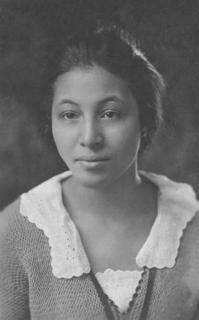 Chinn was born in Great Barrington, Massachusetts. Her father, William Lafayette, was the son of a plantation slave and her owner; at the age of 11, he escaped from this Virginia plantation. Her mother, Lulu Ann, was the daughter of a slave and a Chickahominy Native American, who worked as the live-in cook at the Long Island mansion of the Tiffany family of jewelers. The Tiffany family encouraged Chinn’s interest in music. Growing up, she attended musical concerts in New York City and learned to play piano, accompanying the singer Paul Robeson in the early 1920s. The Tiffany family also taught her the German and French languages.

Chinn’s mother, who valued education, saved enough money from cooking to send Chinn to the Bordentown Manual and Training Industrial School, a New Jersey boarding school, until Chinn contracted osteomyelitis of the jaw. Chinn remained in New York City after her surgery there, but she was too poor to finish high school. Despite her lack of a diploma, she took the entrance examination to Columbia Teachers College and passed it, matriculating in 1917.

Chinn studied her first love, music, until a professor mocked her race as unfit for playing classical music. At the same time, she received high praise for a scientific paper she wrote on sewage disposal, so she changed her major to science. In her senior year, she secured a full-time position as a lab technician in clinical pathology, so she completed her course work at night to graduate with a bachelor’s degree in science in 1921. She proceeded to study medicine at Bellevue Hospital Medical College, becoming its first African-American woman graduate in 1926.

Rockefeller Institute was prepared to offer Chinn a research fellowship until it learned of her race. Harlem Hospital was the only medical institution in the city that offered Chinn an internship. Chinn was the first African-American woman to intern there and to accompany paramedics on ambulance calls, she confronted another obstacle when the hospital refused her practicing privileges there. Chinn established a private practice instead, seeing patients in her office and performing procedures in their homes. This experience prompted her to earn a master’s degree in public health from Columbia University in 1933.

Upon graduation Chinn found that no hospital would allow her practicing privileges. The Rockefeller Institute had seriously considered her for a research fellowship until they discovered that she was black. With her fair skin and last name, many assumed that she was white or Chinese. She later told Muriel Petioni, former president of the Society of Black Women Physicians, that black workers snubbed her because they assumed she was passing as white, and did not want to jeopardize her position. In 1940, Harlem Hospital granted Chinn admitting privileges, in part due to Mayor Fiorello La Guardia’s push for integration in the wake of the Harlem Riot of 1935.

In 1944, the Strang Clinic hired Chinn to conduct research on cancer, and she remained there for the next 29 years. The Society of Surgical Oncology invited her to become a member, and in 1975, she established a society to promote African-American women to attend medical school. She maintained her private practice until the age of 81. While attending a reception at Columbia University in honor of a friend, Chinn collapsed and died on December 1, 1980, aged 84.