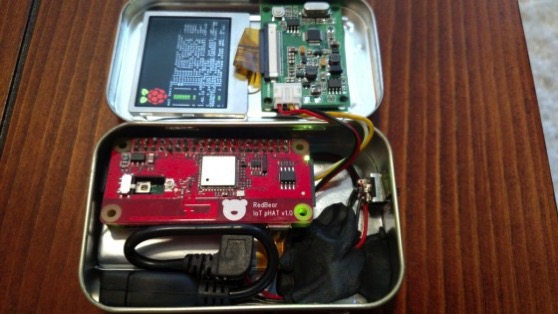 Handy project from Matt Wagner up on his blog Hackmypi, via RaspberryPiPod.

The idea of having a computer in an altoids tin came to me back when in early 2012, shortly after the original raspberry pi came out. With the release of the pi zero, this became a possibility. The first version of the PiMiniMint contains a screen, wifi, Bluetooth, 32gb of storage, an infrared camera, and a full size USB port. When I decided to add a battery, I realized the camera needed to be removed. The current vision of the PiMiniMint contains a battery life of around 6-8hrs, a 2in screen, 32gb of storage, Bluetooth, wifi, and a full sized USB port (in the form of an OTG cable).