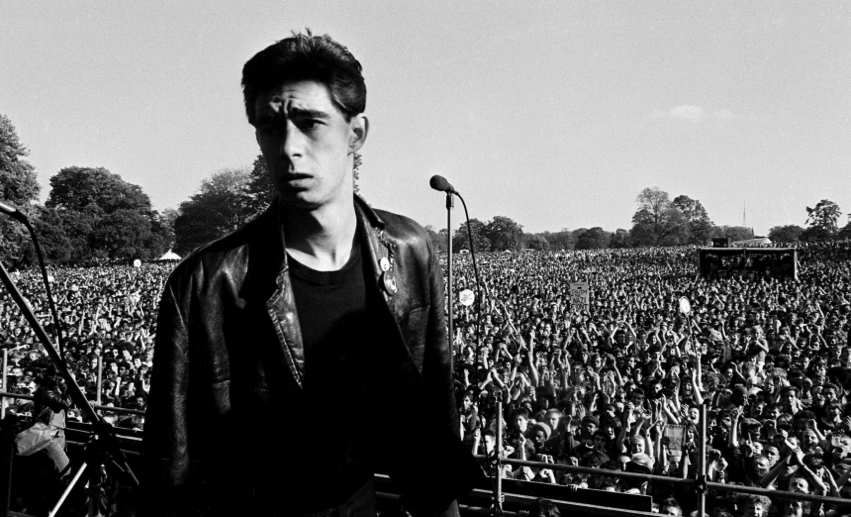 Is there any photograph from the series that stands out for you? Why?

“This is an interesting question because I have been asked it a lot and end up giving different answers maybe depending on which way the wind is blowing. I think today its Jimmy Percy, lead singer of Sham 69 at Carnival 2, Brockwell Park Brixton in 1978.

“A few days before the Carnival Sham 69 did a Rock against Racism Gig at Central London poly with RAR favourites Misty in Roots and the gig was infiltrated by a racist gang. We had heard through the grapevine this might happen and the stage was protected by security from Southall courtesy of Misty in Roots. They were defeated and immediately issued death threats against Jimmy Percy.

“Jimmy was persuaded that the threats were real which forced him and the band to withdraw from the Carnival and they were hastily replaced by Northern Ireland’s brilliant Stiff Little Fingers. I was back stage at the event, re-loading my cameras with film, in the pause between Aswad and Elvis Costello’s sets, when the big door at the back burst open and Jimmy Percy brushed past me and headed for the mic at the front of the stage.

“He made a brave and impassioned speech condemning the racists and pledging his support for Rock Against Racism. He then turned round and for a fraction of a second looked at me with his stressed-out face, then he was gone. I hoped I had got the shot but this was long before the days of auto-focus and auto-exposure and it wasn’t until I got in the darkroom late that night that I knew I had the shot. For me it was a decisive photographic moment, but also decisive anti-racist moment.”