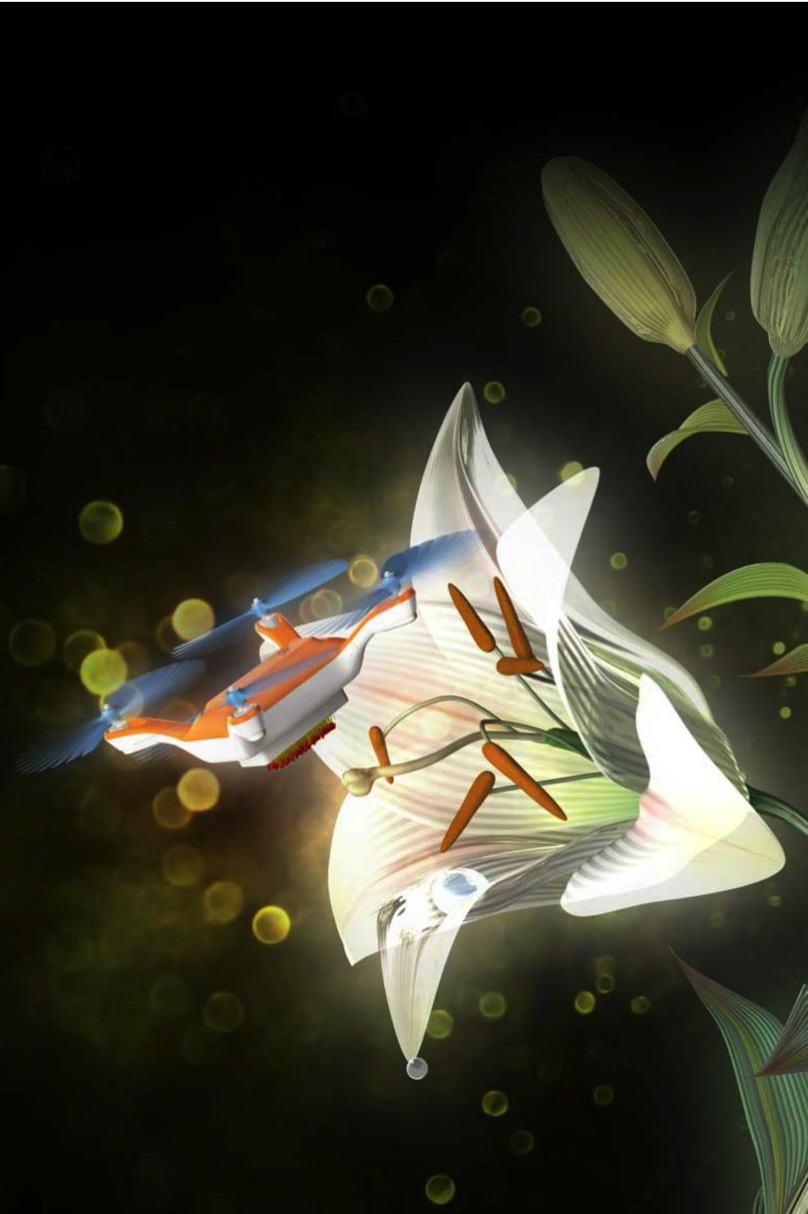 Tiny drones dressed in horsehair and coated with a sticky goo have been attempting to pollinate lilies in a Japanese lab. The $100 quadcopters, measuring just 42mm-wide and weighing 14.8g, can be heard buzzing in the background on a short film, before zipping in to make clumsy contact with the target.

“For now, my robot is possibly just a proof-of-concept,” admit Eijiro Miyako, a chemist from the National Institute of Advanced Industrial Science and Technology (AIST) Nanomaterials Research Institute (NMRI). “But it does make sense for the future. We’re doing the best; we’re looking forward,” he told WIRED.

The project came about entirely by chance. A decade ago, Miyako was investigating liquids to be used as electrical conductors. One output, a sticky gel made using an acrylic to polymerise an imidazolium salt, failed to work. It was left in a storage cabinet, in a bottle with no cap, and forgotten. Two years ago, when Miyako had to move out of the lab, he decided to tidy up. “I noticed the gels collected dust, which made me think they might work to attract pollen.” At the time he was “emotionally motivated” by what was happening to honeybee populations. “I thought we urgently need to create something for these problems.

“This project is the result of serendipity. We were surprised that after eight years, the ionic gel didn’t degrade and was still so viscous. Conventional gels are mainly made of water and can’t be used for a long time, so we decided to use this material for research.”

Ants were the first test subjects, with 30 anointed with a gel droplet and left in a jar of tulips. “After three days, we carefully observed their body by electron microscopy to count pollens. We [compared] the hybrid ants and wild ants without the gels – hybrid ants had 1,000 times more pollen than wild ants.” The gel also has a camouflage effect, thanks to the photochromic chemical compounds in it, says Miyako. “I’m sure that camouflaging properties of this gel would help our artificial pollinators to protect against attacks from enemies like clever birds and bigger insects.”

To help the gel adhere to drones, then brush off on flowers, Miyako’s team turned to horsehair. “The diameter of horsehair was ideal for coating the gels and collecting pollen. More importantly, horsehair is a biodegradable, eco-friendly material.” The flying robots could carry about 2mg of pollen per flight, attached to the vertically-aligned horsehairs. But the drones need to be painstakingly manoeuvred to the flowers using a radio-wave controller. 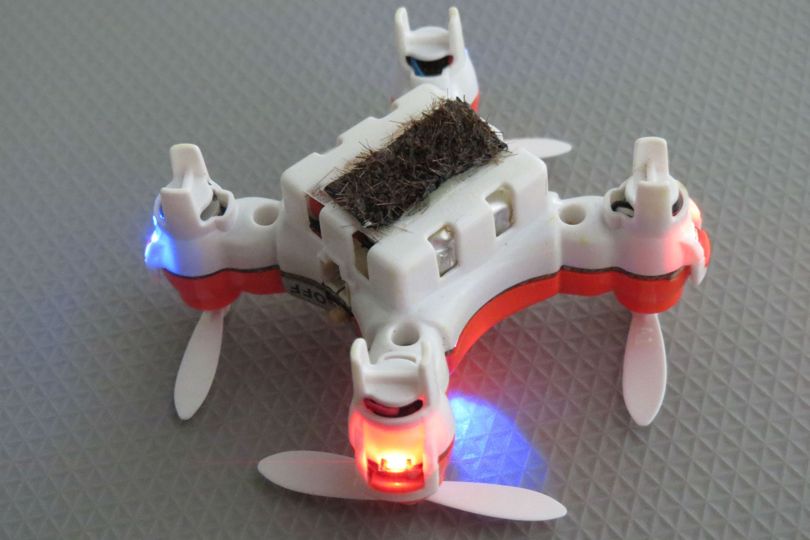 Comments Off on Scientists are creating Robo-Bees! #Robotics #Biomimicry