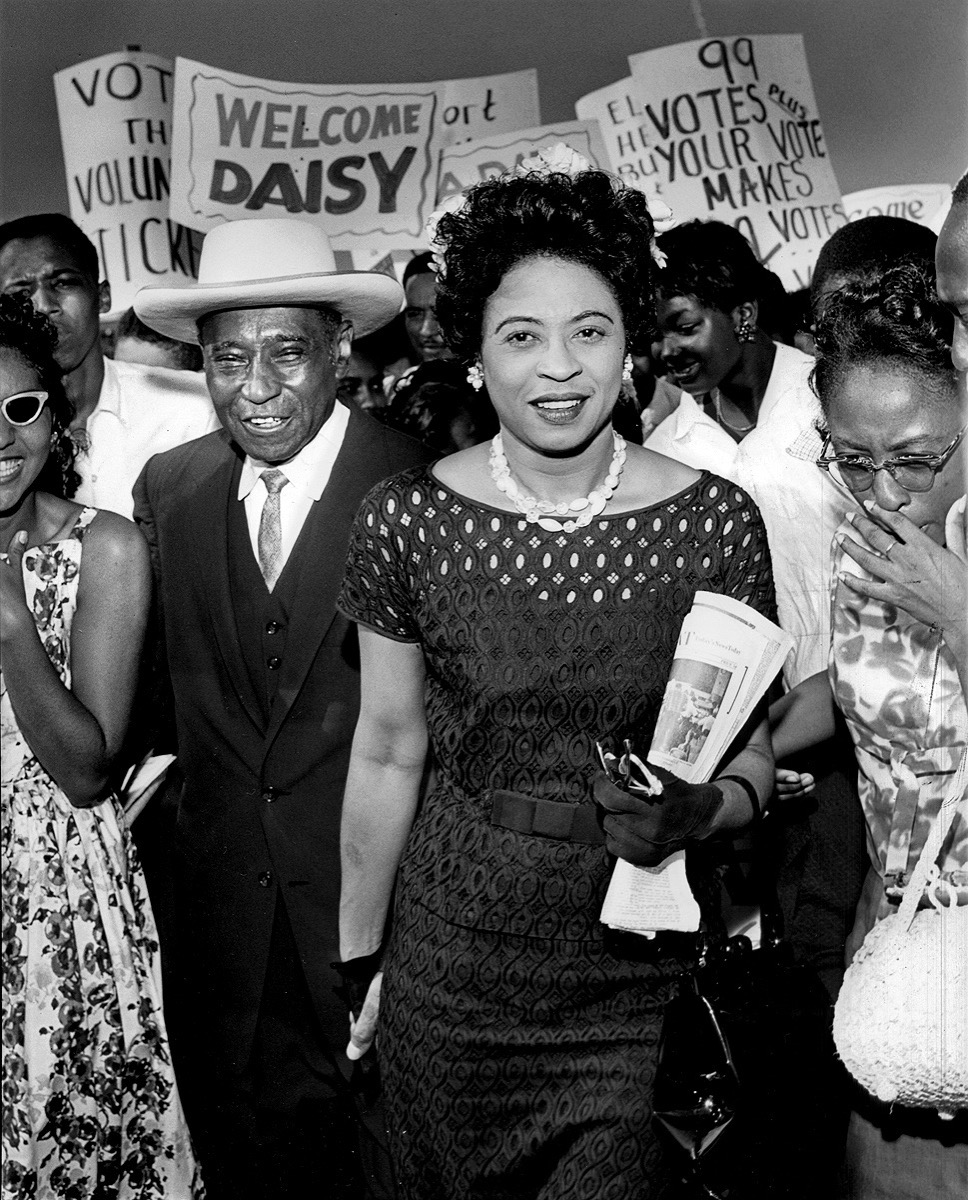 Daisy Lee Gatson Bates was a civil rights activist who played an integral role in the integration of Arkansas schools. She was a mentor to the Little Rock Nine, she and her husband also published the Arkansas State Press a revolutionary newspaper that dealt with civil rights and other issues in the black community. Via Wikipedia

Daisy Lee Gatson Bates was born on November 11, 1914. She grew up in southern Arkansas in the small sawmill town of Huttig. She was raised by the closest friend of her father, who had left the family shortly after her mother’s death. In The Death of my Mother, Bates recounted learning as a child that her birth mother had been murdered by three local white men. Learning of her mother’s death and knowing that nothing was ever done about it fueled her anger.

Daisy’s adoptive father Orlee Smith gave her some last advice while on his death bed.

Bates said she had never forgotten that and it is from this memory that Bates claimed her strength for leadership came.

Daisy was 25 when she started dating Lucious Christopher Bates, an insurance salesman who had also worked on newspapers in the South and West. They dated for several months before moving to Little Rock (Pulaski County) in 1941; they were married on March 4, 1942.

In 1952, Daisy Bates was elected president of the Arkansas Conference of NAACP branches.