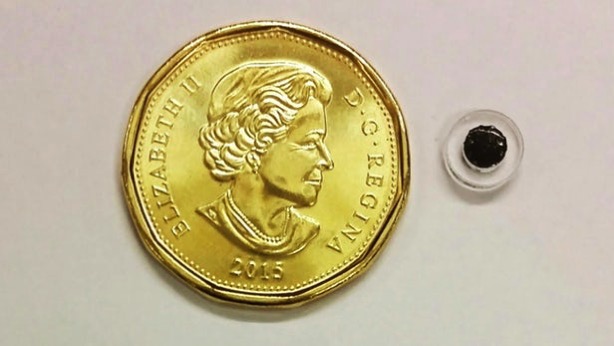 The University of British Colombia is experimenting with drug dispensing implants that are powered by magnets, Via NewAtlas

When it comes to conditions such as diabetes, which require patients to administer daily injections or take lots of pills, scientists are increasingly looking to drug-dispensing implants as a more convenient alternative. One of the latest such devices, developed at the University of British Columbia, is activated simply by passing a magnet over the skin.

Created by a team supervised by Prof. Mu Chiao, the puck-shaped implant is known as a microspouter, and it measures just 6 mm in diameter. It consists of a round polymer body, at the center of which is a silicone sponge containing magnetic carbonyl iron particles. Liquid-form medication is injected into the sponge, and the device then gets implanted into the relevant part of the body.

In order to get the microspouter to subsequently release a dose of medication (through a tiny opening in the polymer), a magnet just has to be held over the skin adjacent to it. This attracts the carbonyl iron particles, deforming the sponge and squeezing out some of the liquid. The amount of medication that’s dispensed can be determined by using a magnet of a specific strength.

The team has already tested the device on animal tissue, using it to deliver repeated doses of the prostate cancer drug docetaxel. It was noted that the medication stayed as effective as freshly-administered docetaxel, even after being stored in the implant over a period of time.

“This could one day be used for administering painkillers, hormones, chemotherapy drugs and other treatments for a wide range of health conditions,” says Chiao. “In the next few years we hope to be able to test it for long-term use and for viability in living models.”

Comments Off on Magnetic implant puts the squeeze on drug delivery