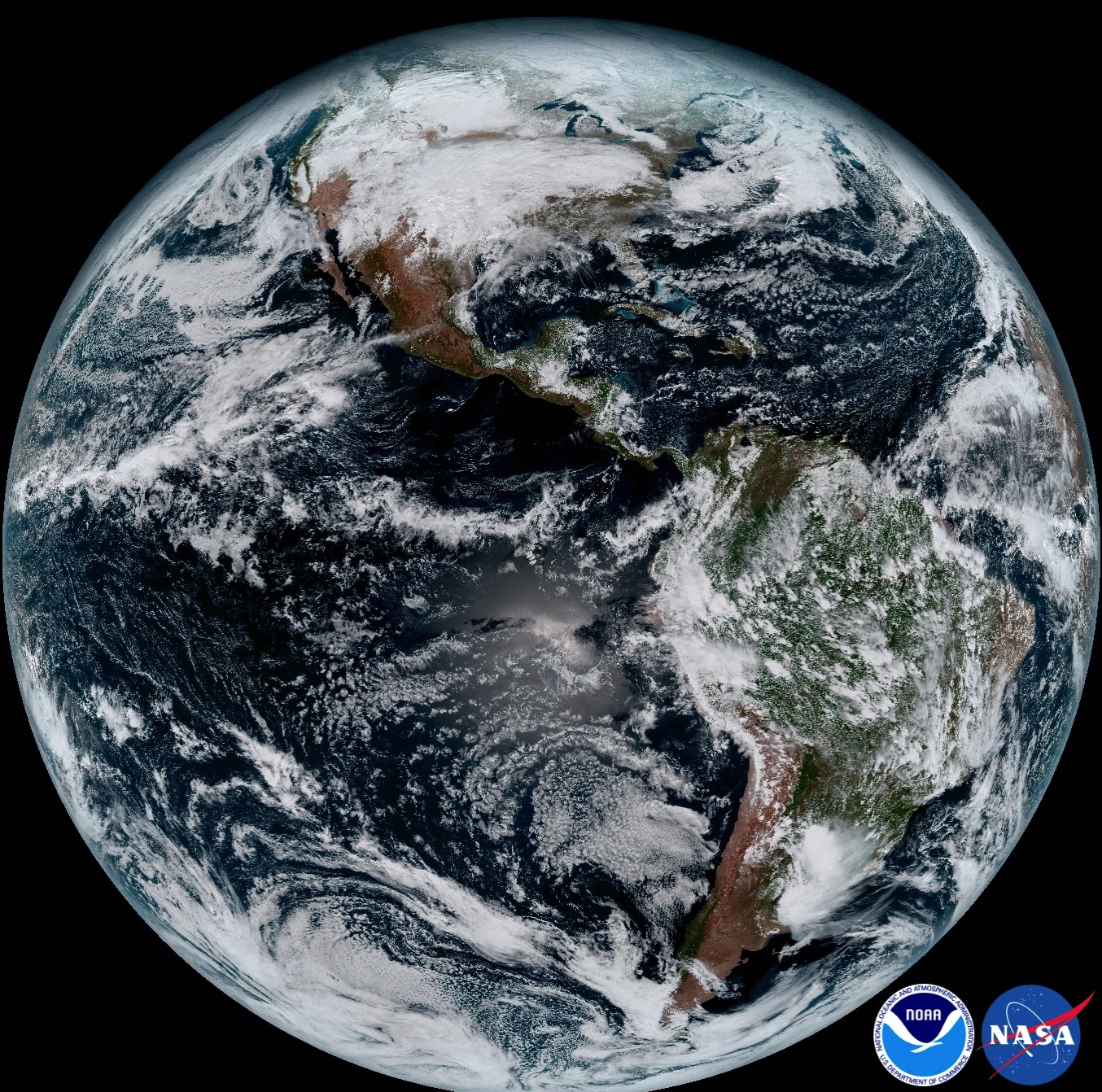 In recent weeks, two new weather satellites — GOES-16, lofted into orbit by the United States, and the Japanese Himawari-9 — have begun sending back spectacular images of the home planet.

With GOES-16, the United States is actually playing catch-up with the Japanese, whose incredibly capable Himawari-8 satellite has been in operation since July of 2015. Himawari-9 is its twin — and is now serving as its backup. Make sure to scroll down to see some of its first images, sent back to Earth on January 24th.

Meanwhile, GOES-16 is the first in a series of four next-generation geostationary weather satellites. Launched on November 19, 2016, it began sending its first images back to Earth a couple of weeks ago. In its capabilities, it is very similar to the Himawari spacecraft.

“Meteorologists are drooling,” says atmospheric scientist and meteorologist Angela Fritz, writing in the Washington Post about the GOES-16’s first images, including the composite above showing the Western Hemisphere on Jan. 15, 2017.

You can check out a very high resolution version of the image (almost 30 megabytes) by clicking on it. Then make sure to click again to zoom in really close. The detail is simply amazing.

Comments Off on With the new GOES-16 satellite, Earth has never looked more stunningly beautiful from space