Mildred Dresselhaus, the Queen of Carbon, Dies at 86 #WomenInSTEM 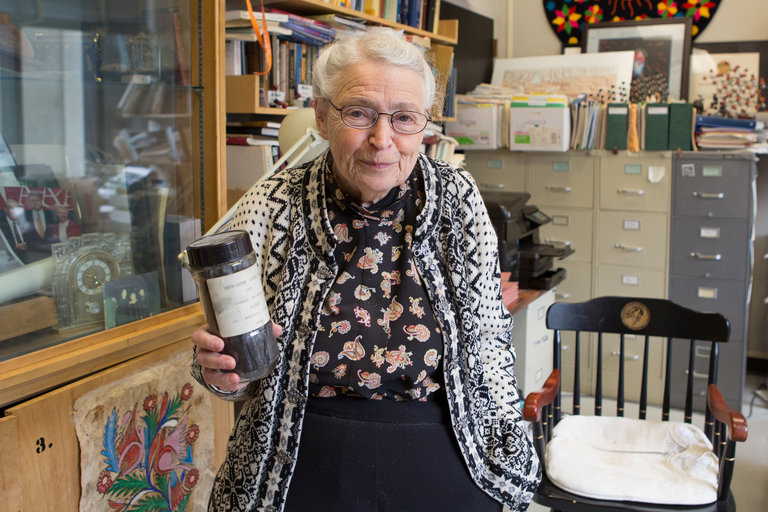 The New York Times has a piece on Mildred Dresselhaus, who recently passed away at the age of 86.

Mildred Dresselhaus, a professor emerita at the Massachusetts Institute of Technology whose research into the fundamental properties of carbon helped transform it into the superstar of modern materials science and the nanotechnology industry, died on Monday in Cambridge, Mass. She was 86.

Her death, at Mount Auburn Hospital, was confirmed by her granddaughter Leora Cooper. No cause was given.

Nicknamed the Queen of Carbon in scientific circles, Dr. Dresselhaus was renowned for her efforts to promote the cause of women in science. She was the first woman to secure a full professorship at M.I.T., in 1968, and she worked vigorously to ensure that she would not be the last.

In 1971, she and a colleague organized the first Women’s Forum at M.I.T. to explore the roles of women in science. Two years later she won a Carnegie Foundation grant to further that cause.

“I met Millie on my interview for a faculty job in 1984,” said Lorna Gibson, now a professor of materials science and engineering. “M.I.T. was quite intimidating then for a new female, but Millie made it all seem possible, even effortless. I knew it wouldn’t be, but she was such an approachable intellectual powerhouse, she made it seem that way.”

Today, women make up about 22 percent of M.I.T.’s faculty.

“Millie was very straightforward, no frilly stuff, and I loved that about her,” said Jacqueline K. Barton, a professor of chemistry at the California Institute of Technology. “She was always warm and supportive to me, but I also had the feeling it was important to let her know about my last good experiment.”

Dr. Dresselhaus’s own story was one of struggle and perseverance. The daughter of impoverished Jewish immigrants from Poland, she grew up humbly in the Bronx, sometimes on public assistance, but excelled in school — winning scholarships, finding a mentor in a future Nobel laureate and earning advanced degrees at leading universities.

This month, Dr. Dresselhaus found a measure of popular culture fame at the center of a General Electric TV commercial that boasts of a corporate commitment to hiring more women.

“What if we treated great female scientists like they were stars?” the narrator says. “What if Millie Dresselhaus were as famous as any celebrity?”

Comments Off on Mildred Dresselhaus, the Queen of Carbon, Dies at 86 #WomenInSTEM