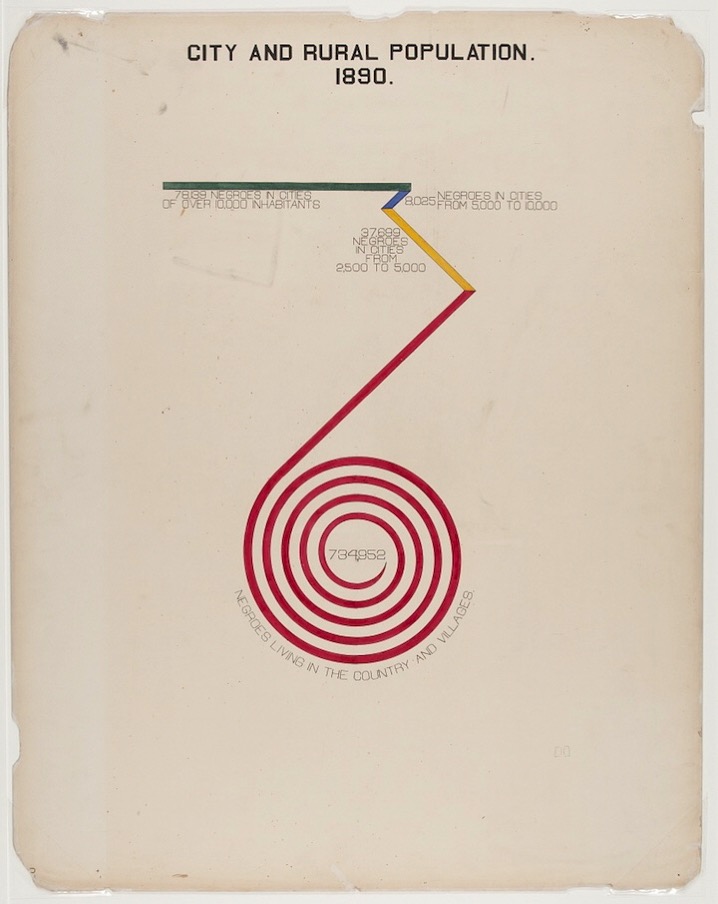 W.E.B. Du Bois is famous for both his powerful academic research on race and class in America at the turn of the 20th century and for attending and teaching at some of the most prestigious and racially segregated universities of the day. Born in 1868, his degrees from Fisk and Harvard and his work on history, economics, and sociology broke ground for Black folks and for the whole next century of civil rights leaders. His name is attached to some of the most beautiful and cutting descriptions of racial progress in the nation, and some of the most inspiring calls for civic engagement. What he’s less known for are his hand lettered infographics.

After several years of exhaustive field work around the Southern states, polling and recording demographic data on the Black population, he released a hefty economic and sociological study of the African-American people of the region. Much of this was destined for a beautiful and comprehensive presentation at the First Pan-African Conference, and then the Paris Exposition, clarifying the current state of African-American affairs. In a tale as old as human recording, this research was brought to life with his own hand-lettered illustrations of data collected.

While the data collected were dense and exhaustive, Du Bois had a decidedly modern eye for simple presentation and clean lines that predated the American modernists by a few decades. 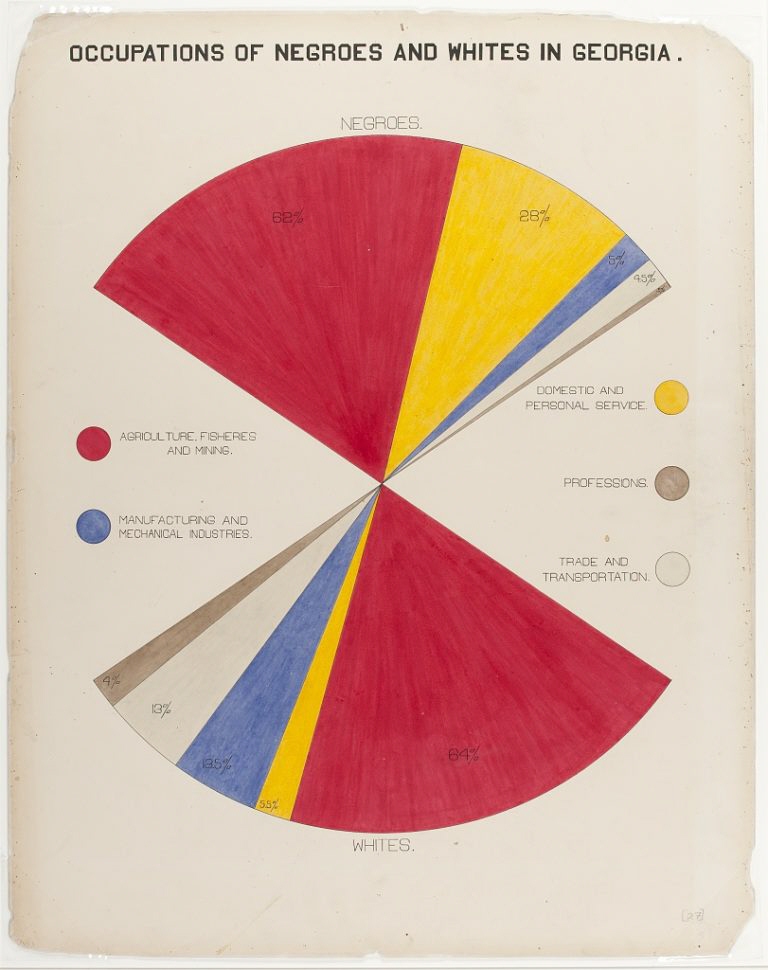 Comments Off on The Under-Sung Infographics of W.E.B. Du Bois