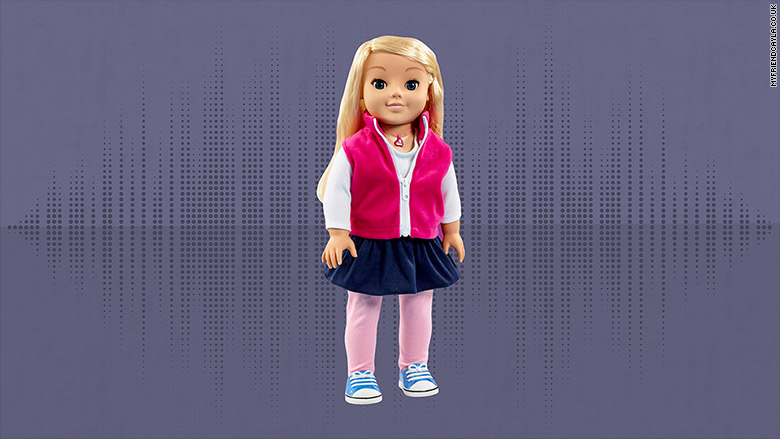 Germany’s telecommunications regulator has warned parents that a doll sold in the country could be used to snoop on families and compromise their personal information.

The regulator has recommended that parents immediately stop use of the “illegal” doll and destroy its internal microphone.

The doll — called My Friend Cayla — connects to the internet via Bluetooth. The setup allows it to listen and respond to questions like: “What’s the tallest animal in the world?” (Answer: Giraffe)

But the German regulator says the doll’s design violates privacy rules. They worry that it could be used to snoop on families.

“The ownership of this device is illegal,” said Olaf Peter Eul, a spokesman for the country’s telecoms regulator. “We expect people to act as lawful citizens and destroy the functionality of the doll.”

U.K.-based toy company Vivid, which distributes the dolls in Germany, said it was serious about “compliance with all applicable rules and regulations” and it was “working with our German partners to resolve this issue.”