I was talking with someone – sadly we were not on a boat at the time – about seafaring inventions, and was previously unaware of sundial cannons; I knew of noonday guns (on land) and had seen lenses used to set wicks aflame, but had never considered this setup as a timekeeper, especially not while at sea! 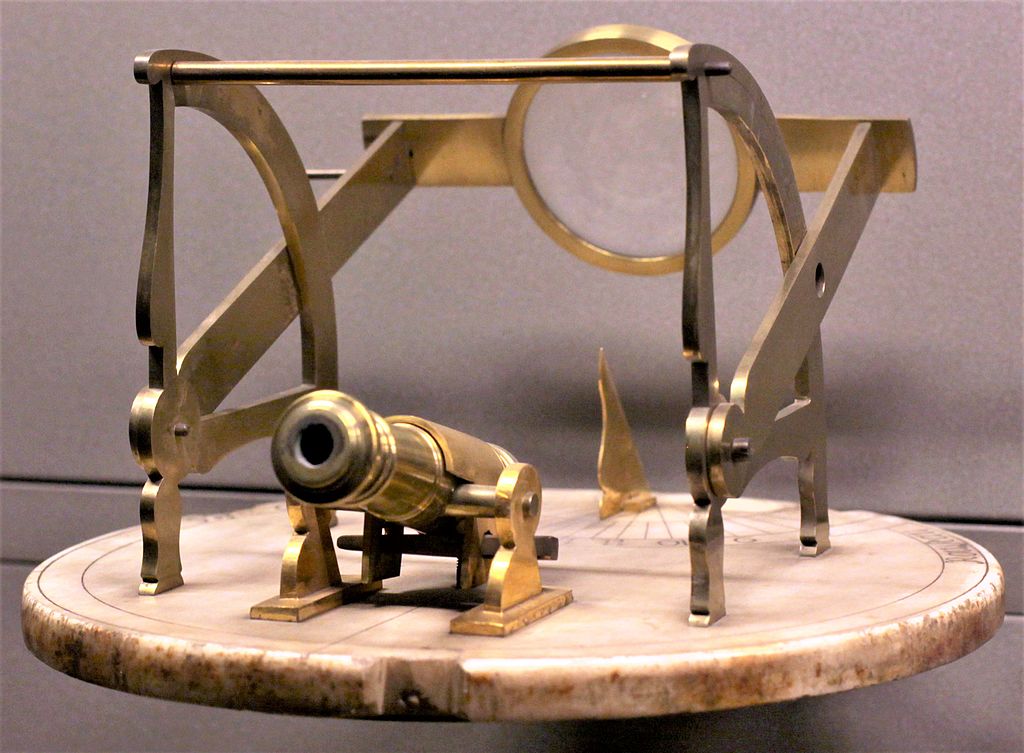 In naval operations, the gun had to be mounted on a rotating base because its orientation had to be in the north-south direction. The directional axis of the gun was determined using the ship’s compass. In such operation, the gun was frequently referred to as the “noonday gun” because it fired at noon.[3] This practice became obsolete when the ship chronometer was invented. The use of the sundial cannon was subsequently confined to substandard ships.