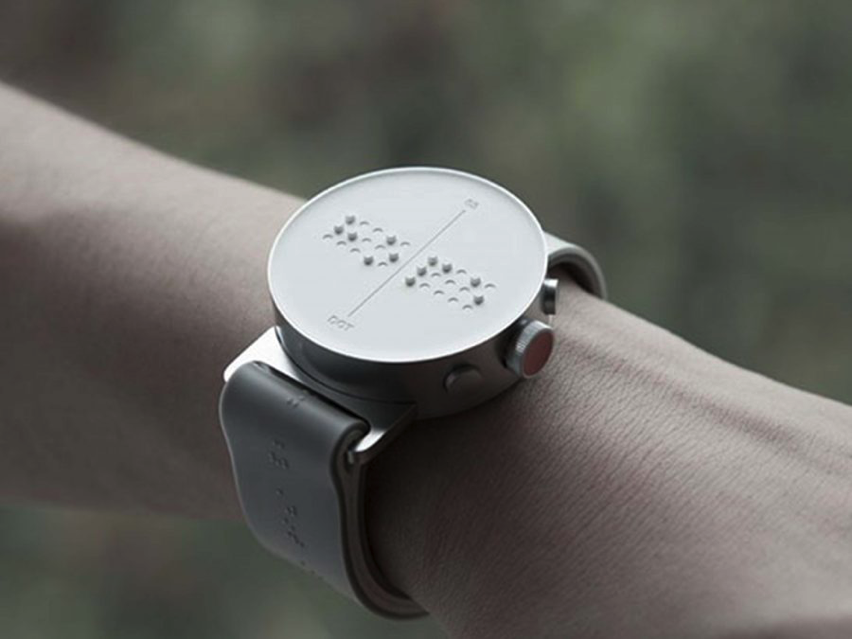 There are over 285 million visually impaired people in the world, and some of these lives are about to get a lot better. South Korean developer Dot has produced the world’s first Braille smartwatch, and its features are just what you’d expect from a 21st century device.

The Dot displays information using 4 active dynamic Braille cells, and its users can select the speed at which the characters update. The Dot connects to a smartphone via Bluetooth (just like any other smartwatch) and can receive any text from any app or service (think Messenger, directions from Google Maps, etc.). Users can also send simple messages using its buttons on the side. The Dot also supports Open API, which means that anyone can develop or adapt apps for it.

Various digital devices for the blind have been around for some time now, but the vast majority of them use sound. This creates problems, because either a user has to plug in headphones and detach from surrounding sounds (that are vital to blind people), or make their information public. Also, existing digital Braille reading devices are mostly bulky and expensive – only about 5% of visually impaired people own one.

Comments Off on Braille smartwatch for the visually impaired #WearableWednesday