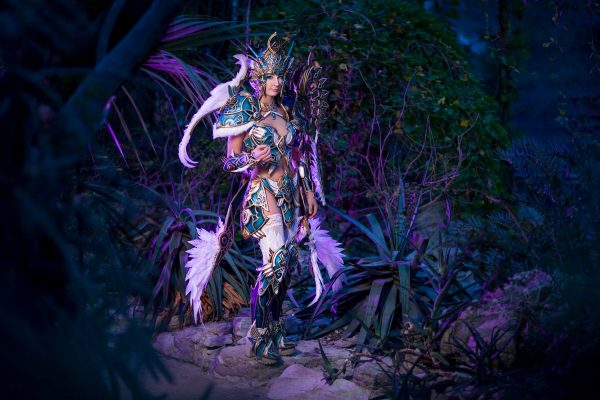 Cosplayer Ináste, a.k.a. Laura, caught my attention with her impressive Segita Hunter costume from Dekaron. She used Worbla for the armor, and it’s absolutely a work of art. I asked her about that costume, her experience with Worbla, and how much time she spends on her projects.

Adafruit: I always like to hear about everyone’s cosplay history: when did you start cosplaying and what was your first costume?

Ináste: I started cosplaying in May 2015 because some friends dragged me to a convention and forced me to do a costume. So I decided to cosplay the Beritra Gunner Set from Aion since I’m pretty obsessed with their designs and really loved playing this game! I had no clue how to create a sewing pattern, how to sew or anything else but it somehow worked out in the end. I wasn’t really happy with the outcome though, thats why I plan on redoing her some day once I get better at sewing.

Adafruit: Your Segita Hunter armor and Diablo 3 Wizard armor are works of art. How long have you been working with Worbla and what were some of the challenges of creating such detailed armor?

Ináste: Well my first Worbla piece was a dagger from Aion which I created in 2015 for fun and to practice for my Beritra Gunner Armor parts. Right after I finished this cosplay I started building my first full armor in summer 2015 (also from Aion). Right after that I started building my Diablo 3 wizard. The most difficult part probably was creating the breastplate pattern which took me quite a while since it got a really strange shape. Challenges for my Segita Hunter was definitely the shoulder parts since they are super detailed and heavy, and also the helmet since I’ve never built one before. 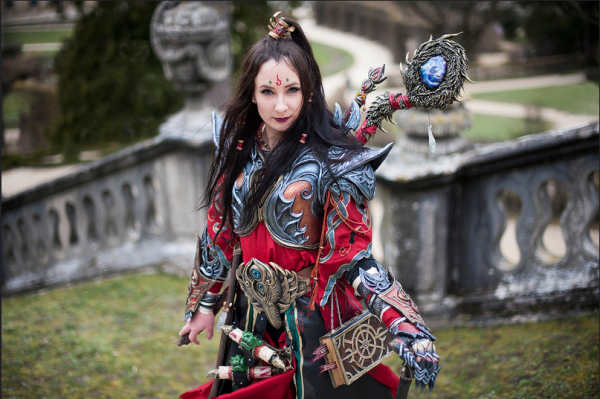 Adafruit: On an average, how much time do you devote to making costumes?

Ináste: Most of the time it takes me 4 to 6 months to finish a costume, also because I’m super lame because of work and other hobbies! Wish I had more time though.

Adafruit: What skills have you had to learn because of cosplay over the years?

Ináste: Basically everything, ha! Before cosplay I had no clue how to sculpt, craft or sew. 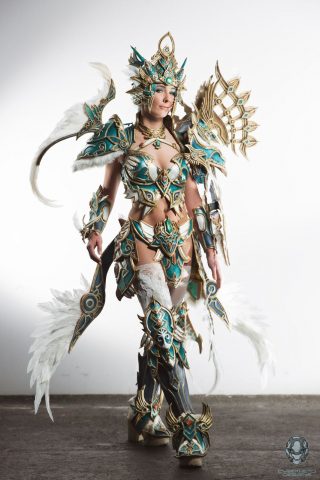 Adafruit: Which costumes are on your to-make wish list?

Ináste: Way too many! For this year its a demonhunter fanart from World of Warcraft by birdman03 which I already started crafting on and a plate armor from Aion (who would have thought, ha!) for my boyfriend. Also I planned some smaller sewing projects to improve my non-existent skills.

Comments Off on Cosplay Interview with Ináste