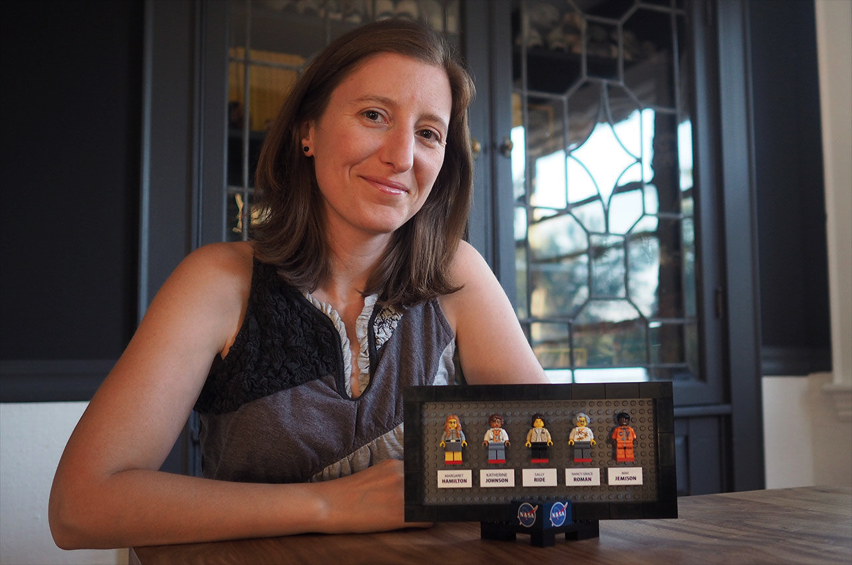 Space.com: Can you give me a broad overview of how you decided to do the Lego Ideas project, and how it all happened?

Maia Weinstock: I came up with the idea sometime in 2015. I had actually proposed another set on Lego Ideas that was not related to science, but at a certain point I just decided to focus on a new project and go towards the area that I have much more experience with, and that is space. I’ve also done a lot of research on the history of women in science and engineering. So I thought [the project] would be a perfect combination of highlighting women in STEM and also highlighting women who have contributed greatly to NASA.

I decided to work on specific women, instead of generic women. [Editor’s note: The Female Scientists Lego kit features minifigures that are not modeled after specific scientists.] Because I thought this would be something different. And this is something I am passionate about, which is bringing [science] personalities to light. It was a risk. I mean, nothing like this has ever been posted [to Lego Ideas] before, at least in terms of women.

I submitted it, and then there’s this process where you have to get enough votes from the community. But it’s really hard to get 10,000 votes, actually, as I had actually learned in the previous year with another set that I tried out. And somehow we got to 10,000 within two weeks!

So clearly, this touched a lot of people and inspired a lot of people. So it was pretty quick, but it’s been a long waiting game since then because the review period [by Lego] didn’t actually start until, I think, September. And I actually did hear back from the Lego folks a little while ago [that the set had been accepted], but I wasn’t allowed to say anything. But I have been in touch with the Lego Ideas team for a little while. And I’m just really ecstatic about this whole thing. It’s been a fun journey.