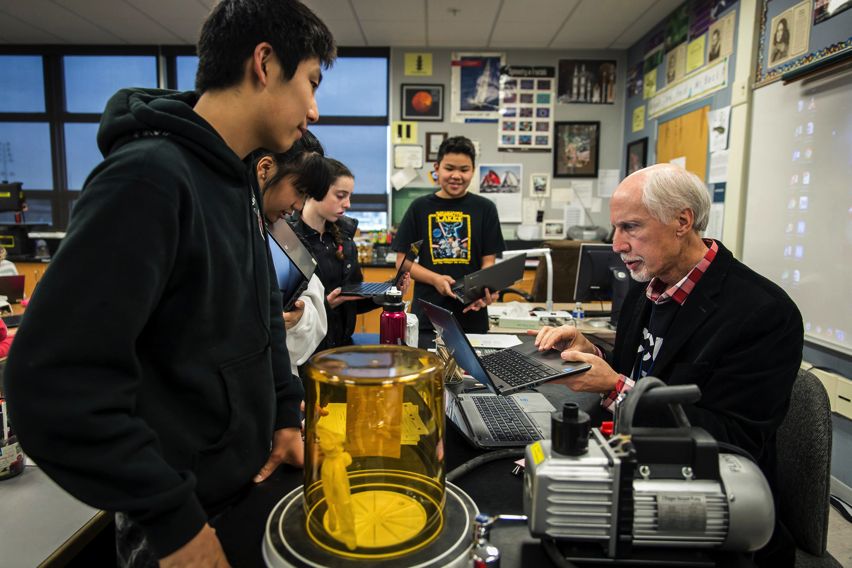 There are more than 160 swear words in Andy Weir’s sci-fi thriller, “The Martian,” including two memorably deployed F-words in the novel’s first three sentences.

The profanity did not strike Mr. Weir as excessive when he wrote the book nearly a decade ago. After all, the story’s narrator, an astronaut named Mark Watney, is stranded alone on Mars with a dwindling supply of food and a rescue mission that is four years away — circumstances that warrant constant cursing.

But shortly after the book came out, Mr. Weir started hearing from a subset of readers who objected to the obscenities.

“I got a lot of emails from science teachers who said, ‘Man I’d love to use your book as a teaching aid, but there’s so much profanity in it that we can’t really do that,’” said Mr. Weir, 44, who is cheerful, hyper-analytical and casually profane, much like his protagonist. “It’s hard to get that by a school board.”

Apart from the four-letter words, “The Martian” is a science teacher’s dream text. It’s a gripping survival story that hinges on the hero’s ability to solve a series of complex problems, using his knowledge of physics, chemistry, astronomy and math, in order to stay alive on a hostile planet. (The Washington Post called the novel “an advertisement for the importance of STEM education.”)