Bessie Coleman was the first African American woman and the first Native American woman to hold a pilot’s license. She once said, “The air is the only place free from prejudices. I knew we had no aviators, neither men nor women, and I knew the Race needed to be represented along this most important line, so I thought it my duty to risk my life to learn aviation. . .” 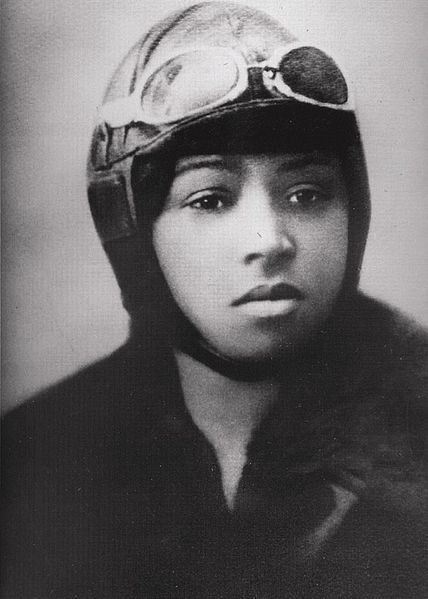 Bessie Coleman was an American civil aviator. She was the first woman of African American descent, and the first of Native American descent, to hold a pilot license. She achieved her international pilot license in 1921. Born to a family of sharecroppers in Texas, she went into the cotton fields at a young age but also studied in a small segregated school and went on to attend one term of college at Langston University. She developed an early interest in flying, but because neither African Americans, Native Americans, nor women had flight school opportunities in the United States, she saved up money to go to France to become a licensed pilot. She soon became a successful air show pilot in the United States, and hoped to start a school for African American fliers. She died in a plane crash in 1926 while testing her new aircraft. Her pioneering role was an inspiration to early pilots and to the African American and Native American community.