In Memory of Dump.fm, an Endlessly Collaborative Image Poem #ArtTuesday

Dump.fm was a real-time imaging sharing site that took its cue from the transmissional aesthetics of radio, perhaps ham radio in particular. Since its inception in 2010, the ragtag group of amateurs and auteurs of digital junk space who participated fulfilled the site’s mission of “talking with images” by adding these images to a single chat stream, much as one would add multiple mixing channels to a single broadcast mix. The gifs, pngs, and jpgs inevitably became spliced, remixed, broken, minced, enlarged, interlinked, and eroded, elaborately arranged in gif altars or parsed into animated rebuses by the site’s semi-anonymous users.

Weird fragments, heavy dithering, pieces of images or text floating without context. Inaction gifs as opposed to reaction gifs. The quasi-syntactical combinations of these crappy objects were only possible if participants were more interested in treating the combinations like a language — one for which they would both have to amass the vocabulary and then be willing to speak with it. The rapidity of these combinations allowed for the unexpected, as if Breton’s automatic writing had finally found its imagistic counterpart. While many dumpers were content to aggregate their dumps out of appropriated urls and other dumps, some artists, like anndunham, have created vast archives of images from scratch to combine and recombine new image fields, pulling on this idiosyncratic dataset with miraculous speed and energy — what he described in a Facebook message to me as “rapid serial moods.” You can get a sense of what this dump grammar could look like when expanded to other media via his “open field” web-based projects. 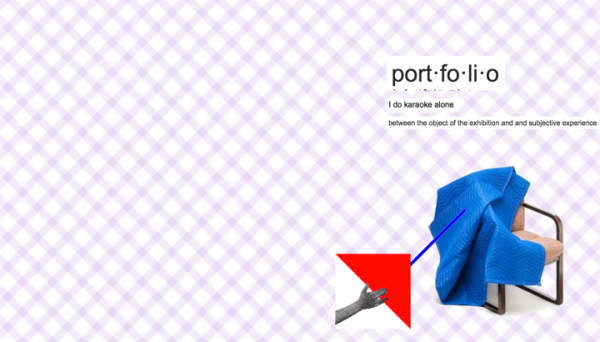 Unlike the multiply niched and customizable web at large, there was only one window for adding dumps. You could change it to black-screen or full-screen mode, you could mute users if boring or offensive, and there were some secret and rarely used alt rooms (the /art room, the /sex room, the /lisafrank room), but that was about it. At the bottom there was a field in which you could paste image urls end-to-end to form a collage, plus an upload button, and a webcam button. To the right, you could see all the users currently online and their dump score based on accumulation of favs, access to their favs, their top dumps, and the entire dump stream of each. A leaderboard greeted new logins with the best dumps of the day. Most of the time, even the best of the best barely reached ten favs.

Comments Off on In Memory of Dump.fm, an Endlessly Collaborative Image Poem #ArtTuesday