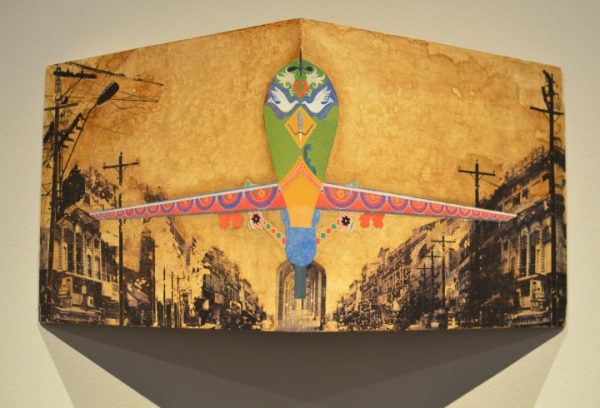 When Pakistani-born, US-based artist Mahwish Chishty visited her homeland in 2011, she was struck by the elaborate conversations being had about drones, complex details shared and passed on, the machines taking on a heavy freight of fear and fantasy, their sleek bodies elaborated on by the local imagination. 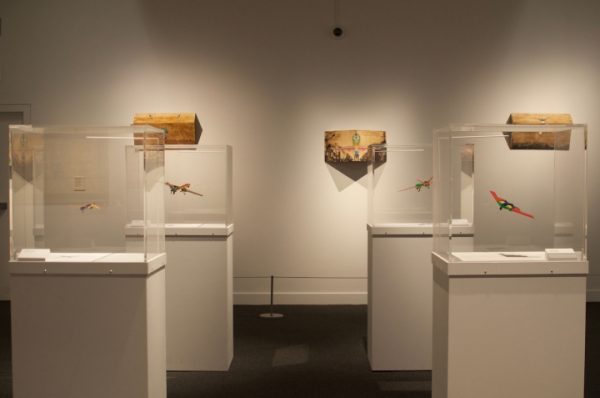 Chishty’s current solo exhibition at London’s Imperial War Museums is a visual manifestation of that dynamic. In her paintings and objects, completed between 2011 and 2015 (years in which the Bureau of Investigative Journalism estimates that almost 200 strikes were carried out in Pakistan), drones become garish, individual, easily identified. Chishty studied miniature painting in Lahore and here she utilizes elements of that technique, projecting Pakistan’s folk art traditions against the blank flanks of America’s weapons of war. With carnivalesque colors and flashes of gold, the unmanned aircraft are subsumed by the very culture they target, suggesting the ways in which drones have become an inescapable element of Pakistan’s psychic landscape and an obnoxious feature — for some — of everyday life.