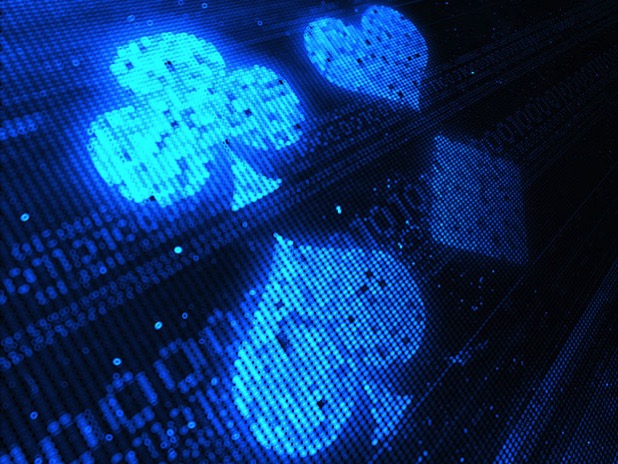 A fresh Texas Hold’em-playing AI terror has emerged barely a month after a supercomputer-powered bot claimed victory over four professional poker players. But instead of relying on a supercomputer’s hardware, the DeepStack AI has shown how it too can decisively defeat human poker pros while running on a GPU chip equivalent to those found in gaming laptops.

The success of any poker-playing computer algorithm in heads-up, no-limit Texas Hold’em is no small feat. This version of two-player poker with unrestricted bet sizes has 10160 possible plays at different stages of the game—more than the number of atoms in the entire universe. But the Canadian and Czech reseachers who developed the new DeepStack algorithm leveraged deep learning technology to create the computer equivalent of intuition and reduce the possible future plays that needed to be calculated at any point in the game to just 107. That enabled DeepStack’s fairly humble computer chip to figure out its best move for each play within five seconds and handily beat poker professionals from all over the world.

“To make this practical, we only look ahead a few moves deep,” says Michael Bowling, a computer scientist and head of the Computer Poker Research Group at the University of Alberta in Edmonton, Canada. “Instead of playing from there, we use intuition to decide how to play.”

This is a huge deal beyond just bragging rights for an AI’s ability to beat the best human poker pros. AI that can handle complex poker games such as heads-up, no-limit Texas Hold’em could also tackle similarly complex real-world situations by making the best decisions in the midst of uncertainty. DeepStack’s poker-playing success while running on fairly standard computer hardware could make it much more practical for AI to tackle many other “imperfect-information” situations involving business negotiations, medical diagnoses and treatments, or even guiding military robots on patrol. Full details of the research are published in the 2 March 2017 online issue of the journal Science.

Imperfect-information games have represented daunting challenges for AI until recently because of the seemingly impossible computing resources required to crunch all the possible decisions. To avoid the computing bottleneck, most poker-playing AI have used abstraction techniques that combine similar plays and outcomes in an attempt to reduce the number of overall calculations needed. They solved for a simplified version of heads-up, no-limit Texas Hold’em instead of actually running through all the possible plays.

Such an approach has enabled AI to play complex games from a practical computing standpoint, but at the cost of having huge weaknesses in their abstracted strategies that human players can exploit. An analysis showed that four of the top AI competitors in the Annual Computer Poker Competition were beatable by more than 3,000 milli-big-blinds per game in poker parlance. That performance is four times worse than if the AI simply folded and gave up the pot at the start of every game.