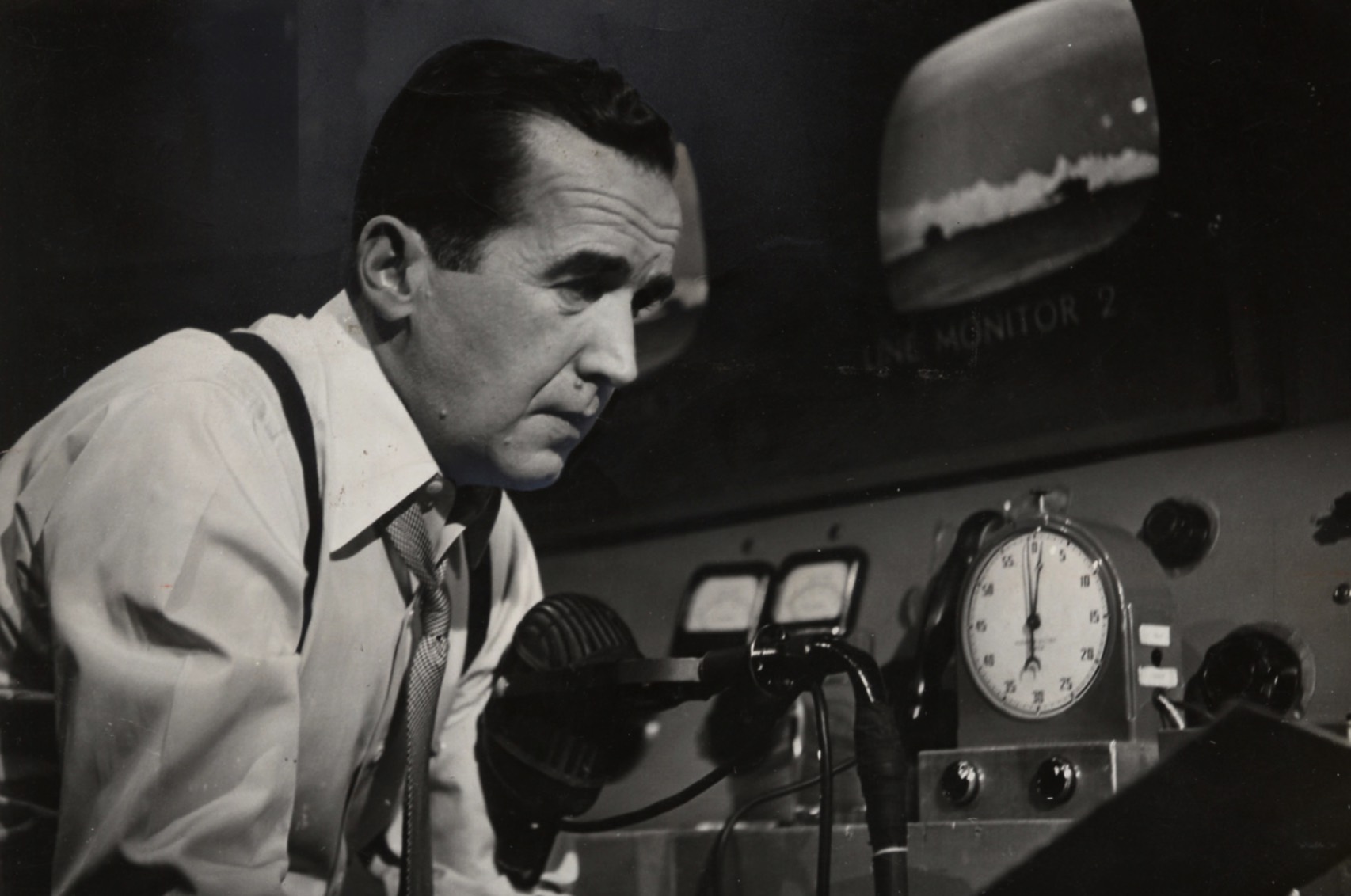 Today in Media History: Edward R. Murrow on “See It Now” via NYTimes.

“We will not walk in fear, one of another. We will not be driven by fear into an age of unreason, if we dig deep in our history and our doctrine, and remember that we are not descended from fearful men — not from men who feared to write, to speak, to associate and to defend causes that were, for the moment, unpopular.”

The journalist Edward R. Murrow often ended his reports this way, but the signoff is usually remembered in connection to his CBS broadcast on this day in 1954… One of Murrow’s more memorable quotes was, “We will not be driven by fear into an age of unreason.” … The Times called the program “crusading journalism of high responsibility and genuine courage.” The episode was depicted in a 2005 film…

“See It Now (1951-57), one of television’s earliest documentary series, remains the standard by which broadcast journalism is judged for its courage and commitment. The series brought radio’s premier reporter, Edward R. Murrow, to television, and his worldly expertise and media savvy helped to define television’s role in covering and, more importantly, analyzing the news.

…if they are right, and this instrument is good for nothing but to entertain, amuse and insulate, then the tube is flickering now and we will soon see that the whole struggle is lost.

This instrument can teach, it can illuminate; yes, and it can even inspire. But it can do so only to the extent that humans are determined to use it to those ends. Otherwise it’s nothing but wires and lights in a box….”