Stephanie Lampkin is the founder and CEO of Blendoor, a platform for merit based hiring. 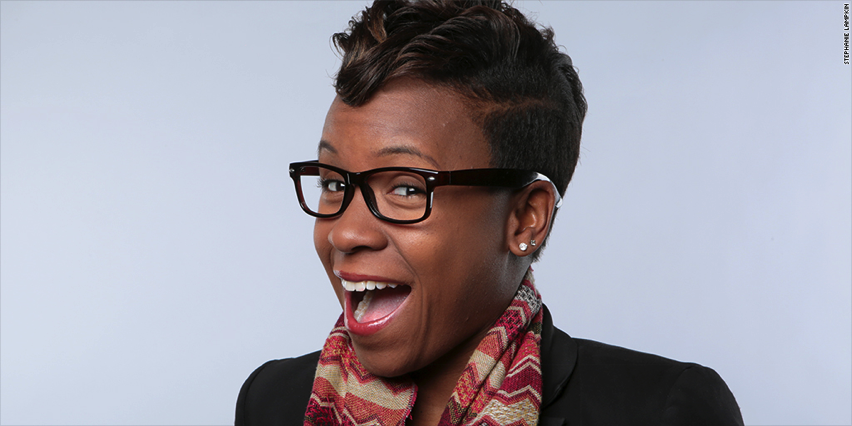 …By 13, she was learning to code. She took AP Computer Science in high school and earned a scholarship to Stanford. After graduation Lampkin landed a job at Microsoft. On the surface, it seemed that she’d made it. “I bought a house when I was 21, and spent more than five years at Microsoft,” says Lampkin. “I learned a lot, but I didn’t see a lot of opportunities to grow.”

So Lampkin went back to school. At MIT’s Sloan School of Management, she earned an MBA with a concentration in entrepreneurship and innovation. Despite her advanced degrees and work experience, she still faced barriers. Six months after receiving her MBA, she nearly landed a lead analytics position at a major tech company but was told they’d keep her resume on file for sales and marketing openings, instead.

By that point, she had not only worked at Microsoft, but also Lockheed-Martin and Deloitte, in software and technical-related roles. Yet here she was, still being told she didn’t have the tech credentials.

Lampkin was not only having a hard time breaking out of women-based stereotypes, but even when she was a finalist for jobs, she was losing out to white and Asian men. At one point, she’d discovered she was making 20 percent less than a male colleague in the same role despite having better performance metrics. Lampkin knew she wasn’t the only one experiencing these challenges. A 2015 report by Joint Venture found that men in Silicon Valley earned as much as 61 percent more than their female counterparts. The more doors that were slammed shut for her, Lampkin says, the more the bias “was difficult to ignore.”

Determined to redress the bias, Lampkin conceived Blendoor. She spent two years developing the app and finally launched in public beta in March 2016. For candidates, it provides a chance to showcase their qualifications to top employers with just a swipe. Blendoor has signed on more than 400 companies, including Salesforce, Yelp, Google and Microsoft, giving them access to about 10,000 candidates. The companies not only have access to a diverse pool of qualified candidates, but they also receive data and analytics to assist their inclusion efforts beyond recruiting. “Today, we’re more enterprise-focused than ever,” Lampkin says.

From the start, people in tech have recognized how innovative Blendoor really is. A high point came in November 2016, when Lampkin’s app won the audience-favorite “Game Changer” award at Google Demo Day. “The audience votes for the startup most likely to disrupt its industry,” notes Becca Sampson, the lead planner for Google Demo Day. “Last year, the Demo Day audience clearly felt that Blendoor had the most potential to change the industry of hiring and recruiting.

If you’d like to hear Stephanie Lampkin tell her story and discuss meritocracy check out the video below from TEDx Talks on YouTube!