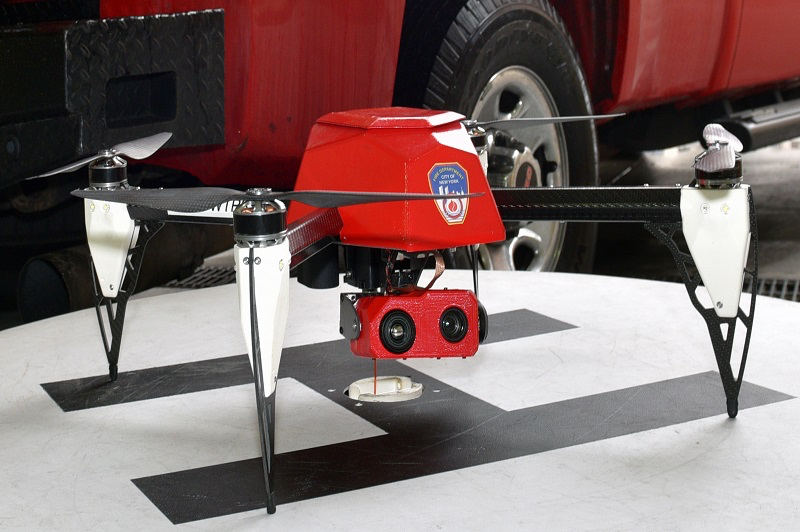 On March 6, 2017, FDNY launched its first ever tethered drone to respond to a fire in a 6-story building on Crotona Park North in the Bronx.

The $85,000 FDNY tethered drone weighs 8 pounds and incorporates both a high-definition camera and infrared camera. These capabilities allow the drone to transmit live images of a fire operation to the Chief in charge of the incident. The drone’s camera allows Chiefs at the command post to see where Firefighters are operating on the roof of a building and to make decisions to help suppress the fire and keep FDNY members safe. The image is fed directly to the Incident Commander and is also shared with senior decision makers in the Fire Department through the FDNY Operations Center.

“We deployed the drone for the first time in support of a 4th alarm fire in the Bronx,” says FDNY Director of FDNY Operations Center, Timothy Herlocker. “We were able to get a good view of the roof, which allowed the Incident Commander on the ground to view the Firefighters as they were conducting roof operations, venting the roof and putting water on the fire.”