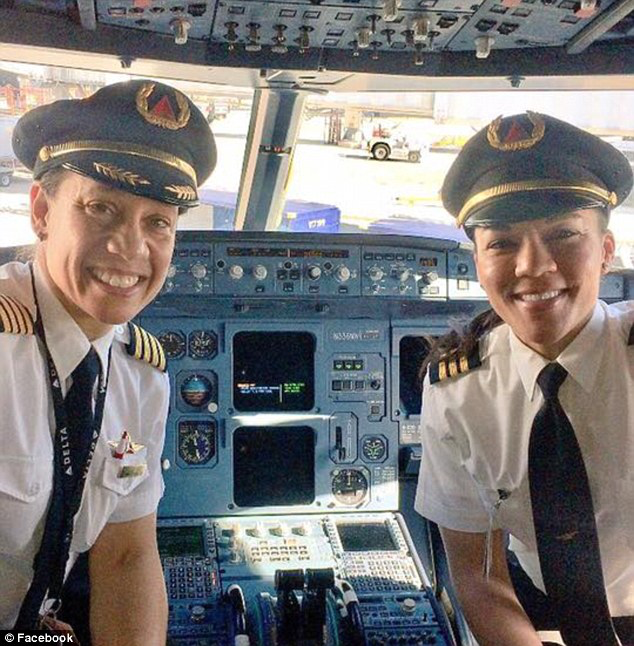 Via The Daily Mail

Two women made history this week for Delta Airlines by being the first two black female pilots to fly together in a cockpit.

First Officer Dawn Cook reached out to fellow pilot Stephanie Johnson after learning she would be flying out of Detroit on Sunday. The two organized the historic flight and posed for beaming selfies.

Johnson is also the first black female captain for Delta.

Johnson had previously been interviewed by Delta as a part of their ‘Very Own Heroes’ series during Black History Month in which they profile outstanding employees that pioneer diversity at the company.

She told Delta News Hub: ‘There were no pilots in my life growing up, and I think I’m the first person in my family to graduate from college.

‘But for as long as I can remember, I have been fascinated with airplanes and would think, “What a great thing it would be to know how to fly.”’

She called taking off on a plane for the first time the thrill of her life.

She continued: ‘I feel a great sense of responsibility to be a positive role model. There are so few women in this profession and too many women who still don’t think of it as a career option,’

‘Today is very different, and though there are still people to inform, I am so thankful that the word is out. This is a great career – it’s worth the hard work.’ 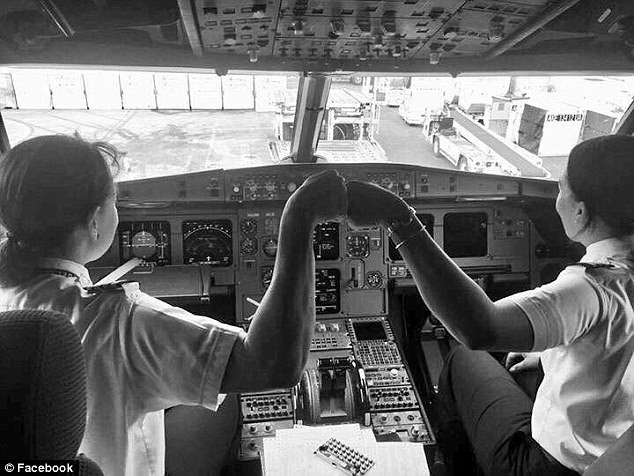