An Update for the Green Goblin 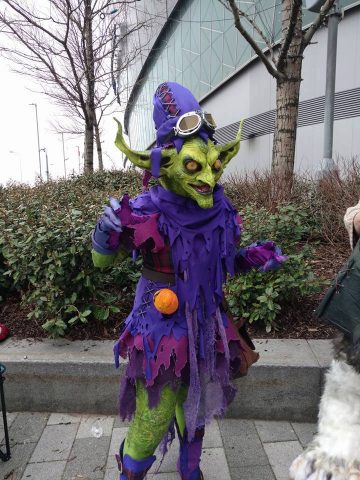 I talk about the practically endless options cosplayers have from time to time, but I forgot to address yet another choice they have to make: instead of crafting an entirely new ensemble, they can update an older costume. They can make improvements or give a costume a makeover to make it match a new look for a character. The Forgotten Imp did a bit of a combo with his Green Goblin costume.

He made the costume in 2016, but he recently decided to give it a facelift to make the look more of his own take on the Green Goblin. He initially made the Goblin mask for a Halloween show but wanted to give it a bit of a different look and color. He says:

So what i did was take an alginate cast of the old design, and poured liquid plastiline into it. As there were elements I did like in the original sculpt. From there i placed the clay copy onto my sculpting form. Here i started to work out the problem areas, one being the nose. The Goblin the last mask was based on was more Brian Froud-esque, Whilst I liked the hooked nose on that Goblin I began to feel it wasn’t “Green Goblin” enough.

I looked at the nose the Green Goblin had and adjusted it to be more stocky, also made the chin jut out more. I am currently working on a small sculpt of my company’s logo mascot and the ears from the Imp chap inspired the ears for this Goblin. I also decided to remove the boils and give it more course, rough skin in certain areas.

You can see the mask progress in the below photos and then read about the entire build at The Replica Prop Forum. 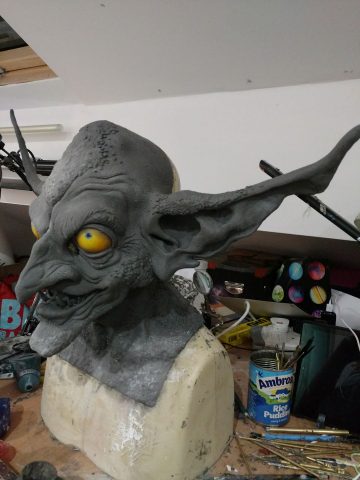 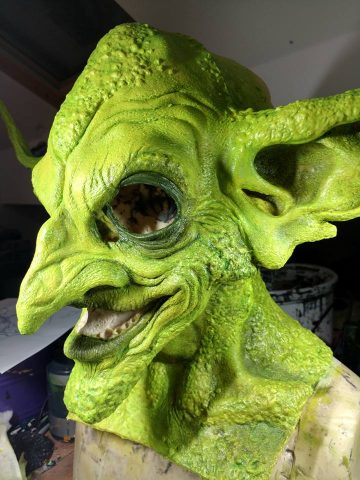 Comments Off on An Update for the Green Goblin