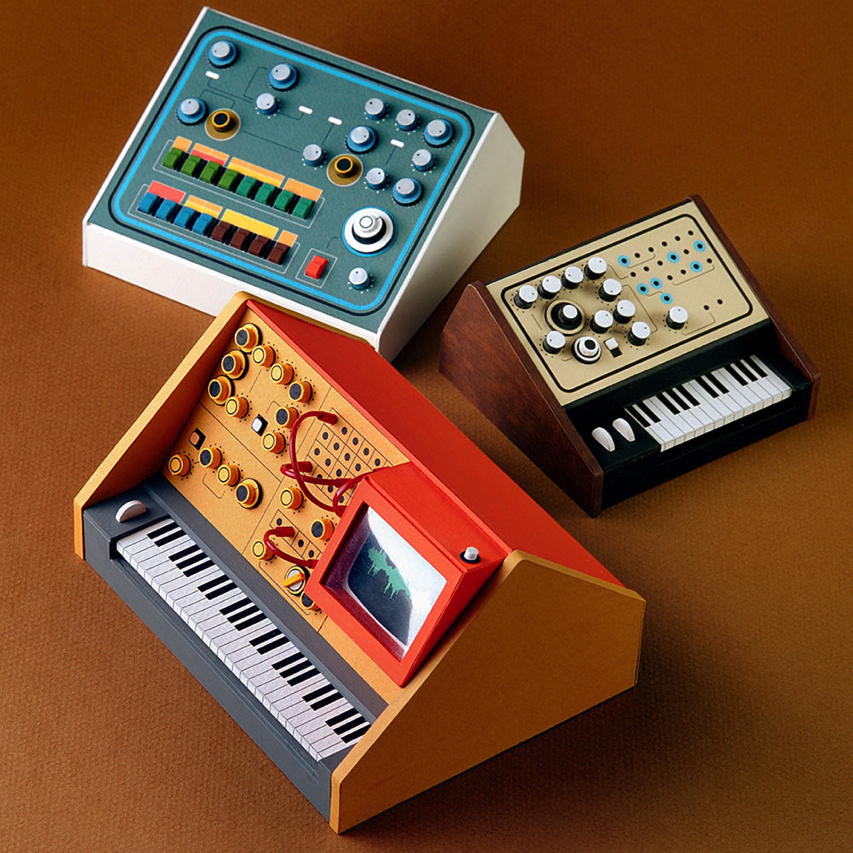 Produced between 2006 and 2009, Australian designer and illustrator Dan McPharlin‘s Analogue Miniatures are a marvel of papercraft. The tiny analogue synthesizers and pieces of recording equipment were pieced together with paper, framing mat board, string, rubber bands and cardboard, and appeared in everything from art shows to editorial spreads in magazines like Esquire. McPharlin is widely known for his retro sci-fi illustration work that appears on album covers and in limited edition prints, and he brings this aspect of fiction to these paper models as well. None of the objects are meant as exact replicas or recreations of real-life devices, but are instead speculative objects that draw aesthetic attributes from the audio technology of the 70s and 80s.

You can see many more pieces from Analogue Miniatures on Flickr. (via Strictly Paper) 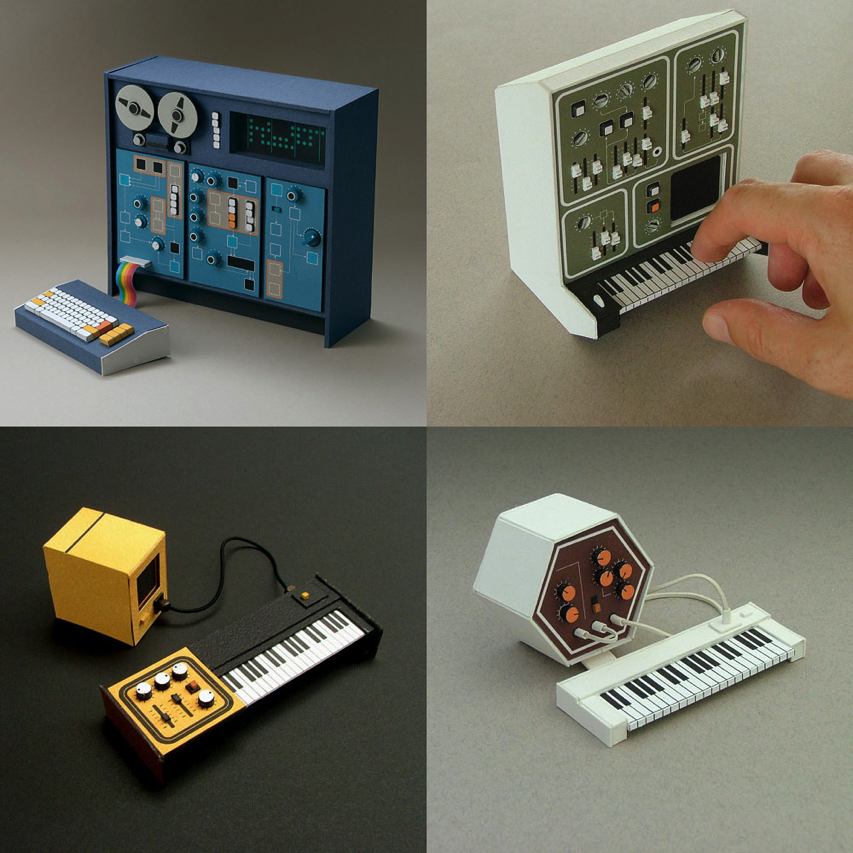