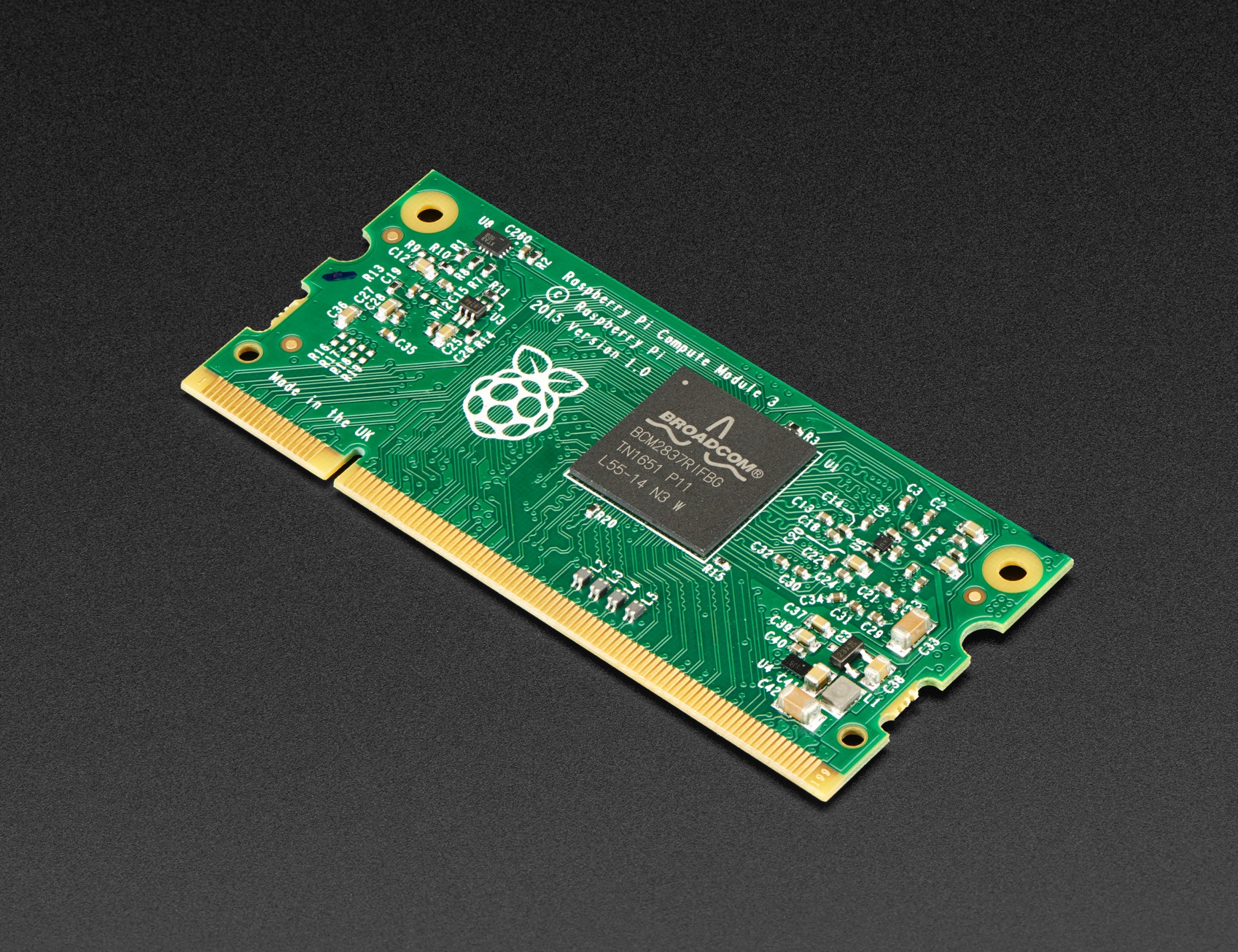 The Compute Module contains the guts of a Raspberry Pi 3 (the BCM2837 processor and 1GB RAM) as well as a 4GB eMMC Flash device (which is the equivalent of the SD card in the Pi). The Pi 3 has a processor speed of 1.2GHz and runs at roughly 10 times the speed of the Pi 1 due to its quad-core CPU. This is all integrated on to a small 67.6mm x 31mm board which fits into a standard DDR2 SODIMM connector (the same type of connector as used for laptop memory). The Flash memory is connected directly to the processor on the board, but the remaining processor interfaces are available to the user via the connector pins. You get the full flexibility of the BCM2837 SoC (which means that many more GPIOs and interfaces are available as compared to the Raspberry Pi), and designing the Module into a custom system should be relatively straightforward as the Pi Foundation has put all the tricky bits onto the Module itself.

A lite version of the compute Module 3 is also available without the 4GB of eMMC Flash. The CM3L brings the SD card interface to the Module pins so a user can wire this up to an eMMC or SD card of their choice.

If you need to cram a Pi 3 into a very small space or as the engine of your existing design, the Compute Module can go where no other Pi can! 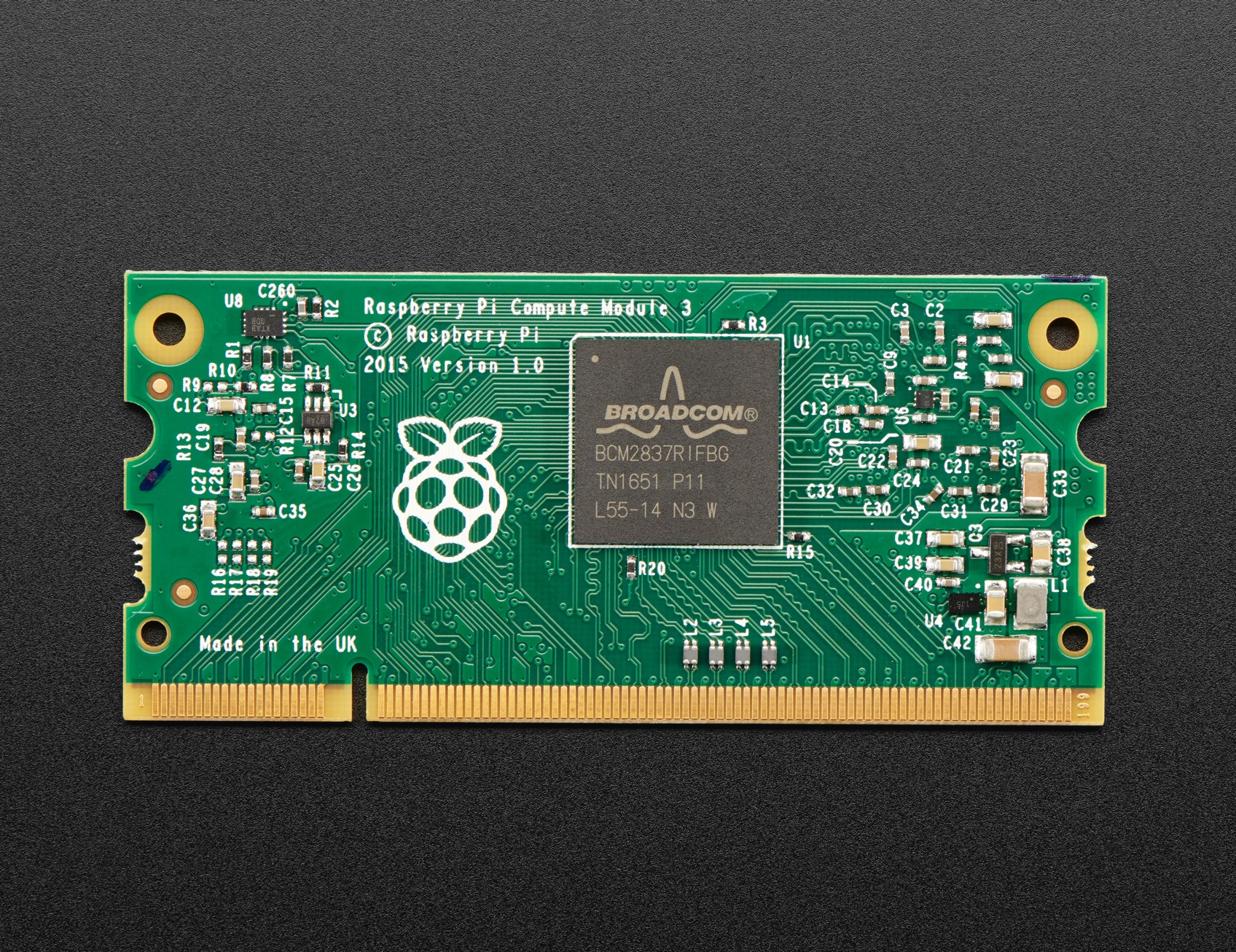 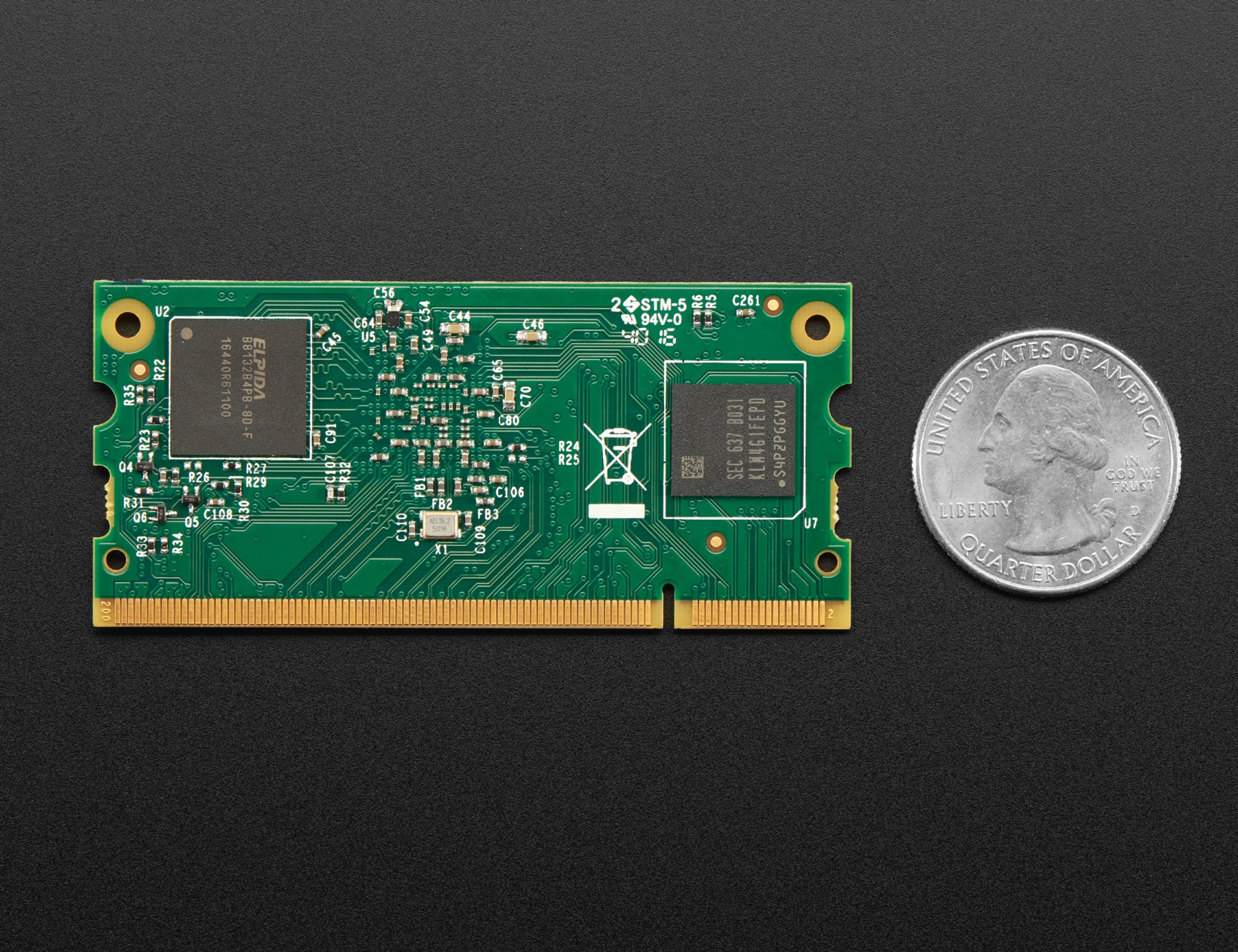