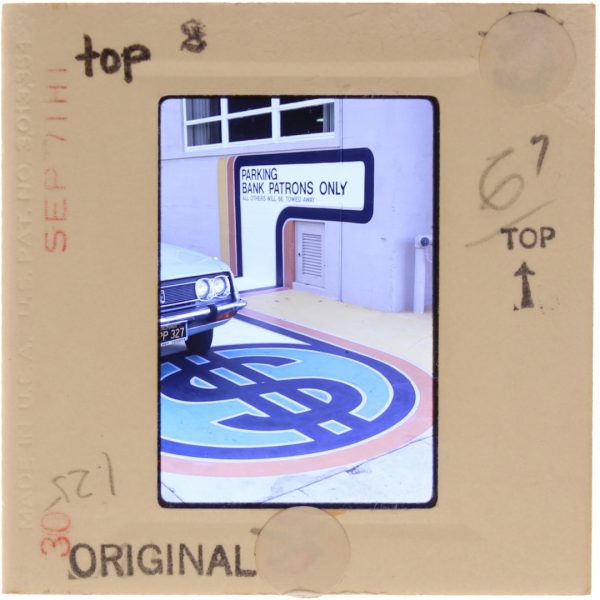 This may be hard to be believe in our current era of media saturation, but until as recently as 20 years ago, the analog slide library was the primary method that students encountered works of visual art and architecture. With this in mind, in the late 1960s the West Coast media collective Environmental Communications set about shooting hundreds of thousands of slides of both the everyday and alternative architectures around them — beginning with the collective members’ native LA, but later extending across the country, and as far afield as Tokyo. These included experimental dome houses and communes, as well as murals, graffiti, custom cars, and freeway traffic. “We tried to look at things as objectively as possible in an environment that had been looked at for so long in a rather subjective manner as well as negatively,” Environmental Communications said. The group sold its slide sets to museums and architecture schools in order to give visual representation to that which had been ignored by conventional institutions. Contact High at LAXART surveys not only the collective’s extensive image collections, but its methodology, blimp rides, RV road trips, and networks of distribution as well.