Shakuntala Devi aka the “Human Computer” was a mathematical prodigy known for her record-breaking mental calculations. Below is an interview from 1996 where she talks about her talent and does some calculations on air.

The New York Times did a piece on her in 2013, the year she passed away.

In retrospect, it seems inevitable that the 3-year-old girl with pigtail braids would end up on the stage. Her father was a traveling magician, and for seven generations before him, the men of the family were performers of a different sort: Brahmin priests and astrologers. So when the tiny, preschool-age girl named Shakuntala Devi effortlessly memorized an entire shuffled deck of cards at one of her father’s shows, he lifted her onto a table for her debut.

In another time, in another place, in another family, the child prodigy might have honed her skills with tutors and math classes. But this was the 1930s in Bangalore, India, and Devi’s family was impoverished. Stage money was fast money; education, on the other hand, was a long-term investment her parents couldn’t afford.

Every morning, Devi and her father headed out on foot to display her talents at schools and businesses. At 5, when other kids were learning to count to 100, she was extracting cube roots in her head and was the family’s sole money earner. Soon she started appearing at universities throughout southern India. By her teens, she had moved to bigger stages in England, saving just enough money to pay for her room and board and sending the rest home.

Childhood fame can be lonely, but Devi had her numbers. They were her native tongue and her toys. She found them in telephone books, on license plates, in grocery stores. She manipulated them, rearranged them, reduced them into beautiful equations. But mostly, the teenage girl longed for a different sort of adolescence, one in which she could master those numbers — along with art, history and science — in a classroom.

By adulthood, the duty to perform and travel had become a muscle that she couldn’t rest. For more than six decades, Devi packed her suitcase, often every several weeks, for England, the United States, Hong Kong, Japan, Sri Lanka, Italy, Canada, Russia, France, Spain, Mauritius, Indonesia and Malaysia.

Before each performance, she needed an hour of silence. Then as soon as Devi stepped onstage in her flowing saris, her gold jewels and her pink lipstick, she was at ease and chatty. She asked for the birth years and dates of members of the audience: In one second or so, she pinpointed the day of the week on which they were born. Or she would rattle off the dates of, say, every Monday in a given year. “Is that correct?” she would ask. Yes, it was correct. Again and again, she was correct.

She wowed the magician Ricky Jay on a CBS special, “Learned Pigs and Fireproof Women,” as she extracted roots from nine- and 10-digit numbers. She liked to see the numbers on a chalkboard, without commas, which interrupted their natural flow. The cube root of 849278123? The cube root of 2186875592? Then: Click. With a small shrug of her shoulders, she had the answer. On the BBC, she teased the host, David Frost, about the simplicity of her calculations. “You’ve got it?” she said, knowing full well he didn’t. “How do you do it?” TV hosts often asked. The question bored Devi, but she didn’t show it. “It’s a very automatic reaction. . . . I was born with this gift.”

In later years, she took on the astrological work of her ancestors, seeing up to 60 clients a day in hotel suites around the world. Astrology was a numbers game, too. Clients gave Devi a date of birth, time of birth and birthplace, and she answered three questions about their lives. (She charged the equivalent of about $35 in India, more in the West.) Devi’s daughter, Anupama Banerji, told me that her mother had an uncanny intuition about when marriages would work, businesses would fail, if a pregnant woman would be having a boy or a girl. Other times, Devi simply knew what every great performer knows: how to connect with your audience and give it what it wants. When a Moscow TV interviewer asked Devi to predict how much money she wanted her husband to have, Devi said, “You want your husband to have millions and millions and millions.” Then she added, with a smile, “Am I correct?” 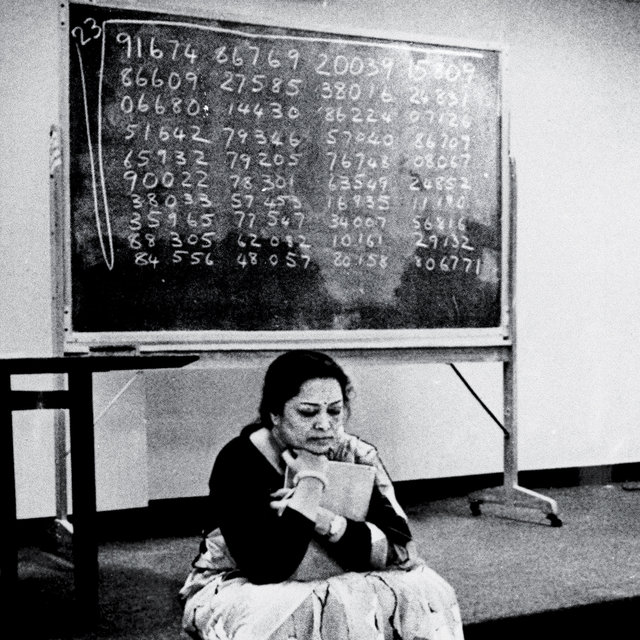