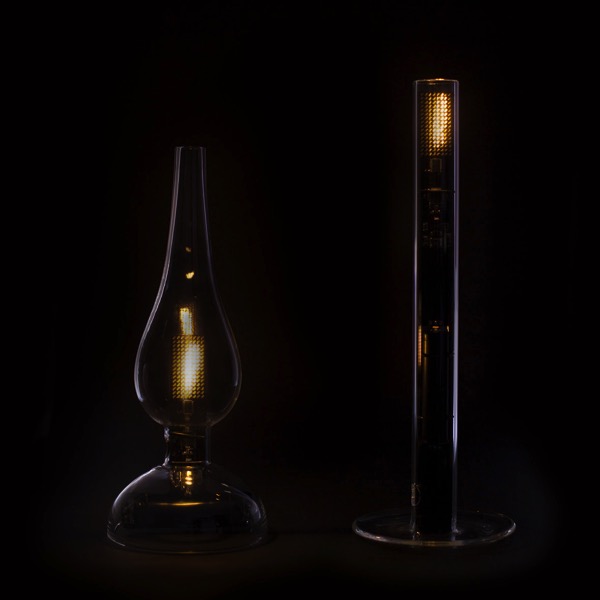 During Waldemeyer’s experimentation with LED lighting, he challenged himself to recreate the movement of a real flame in perfect detail. The overwhelmingly positive feedback to earlier versions built the foundation for his desire to establish his original brand, mori.london. The name and logo for mori.london originate from the word ‘forest’, which translates both in German and Japanese into Moritz Waldemeyer’s name, and connects his childhood upbringing with the company’s location near Epping Forest in London. The new brand will operate in an entirely new category of lighting products, merging the raw emotion of a flame with the highest grade of technology and traditional craftsmanship with contemporary design.

mori.london is launching with two new LED candle designs, ‘eternal flame’ and ‘midnight oil’. ‘eternal flame’ is an interpretation of a traditional candle made from a single piece of handcrafted glass housing a battery powered LED board. ‘midnight oil’ recalls the shape of historic oil lamps and their iconic silhouette. Both designs will be presented exclusively to the media at a private launch party in the heart of Milan’s iconic design district, during Milan Design Week 2017 to go alongside their kickstarter campaign that will run throughout April, a link to the kickstarter campaign will follow.

Mori.London will be on display at the Borsalino Showroom, Via Sant’ Andrea 5 – 20121 Milano throughout the Salone del Mobile.

Comments Off on mori.london to launch at Milan Design Week 2017