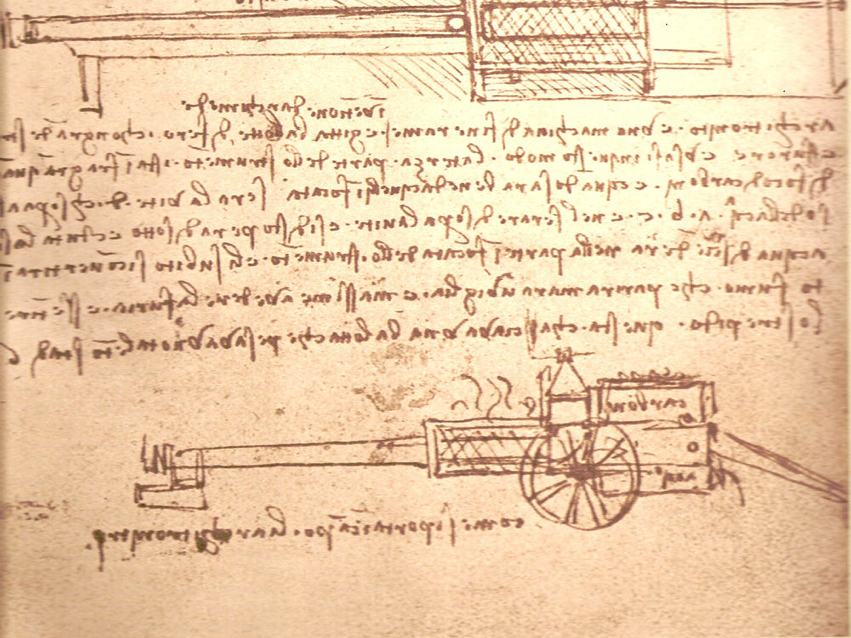 Leonardo da Vinci, best known to modern audiences as an artist and Renaissance man, actually made his living as a military engineer. Da Vinci designed a number of highly original weapons, filling his notebooks with drawings and sketches for devices such as the first flintlock rifle, a 135-foot-wide rock-throwing catapult, and a rapid-firing repeater crossbow. One of his most interesting concepts was a steam-powered cannon.

Da Vinci called this invention the Architronito (which translates to “the thunder of Archimedes) after his inspiration, the Greek scientist Archimedes, who devised a steam-powered weapon to protect his home city of Syracuse from invaders. According to Da Vinci, Archimedes’ weapon used steam power to hurl a large projectile weighing one talent (around 50 pounds or so) with nearly as much velocity and momentum as a modern gunpowder-propelled cannon.

Although Da Vinci’s idea, like many of the novel weapons he designed, was never used in actual combat, steam did find its way into modern warfare.

While there are a few examples of more modern steam cannons, the concept never met with much success. One of the best-known was the Winans Steam Gun, deployed during the American Civil War in the 19th century. The Winans used steam power to spin a rapidly revolving drum, which shot out projectiles at nearly 250 rounds per minute.

A hundred years later, the British Royal Navy tried out a steam-powered grenade hurler on board some of its ships during World War II. This weapon, called the Holman Projector, consisted of a 4.5-foot-long pipe on a swivel mount, connected to the ship’s steam boiler through a pedal-operated valve. Once low-flying enemy aircraft began an attack, sailors would drop a live hand grenade down the pipe. They’d tug and manipulate two large iron handles to aim the swiveling pipe at the attacking fighter planes. Then, at the instant the enemy swooped in, they’d stomp on the pedal. A tremendous blast of high pressure steam would gush through the valve body, propelling the grenade toward the enemy aircraft and, they hoped, knocking it out of the sky.

It was a clever, simple, and cheap idea. But most sailors who had occasion to fire the Holman Projector held a poor opinion of it. The device was cumbersome to use and hard to aim. Many sailors thought the Holman was more dangerous to themselves than to the enemy. But there are reports of sailors shooting potatoes at other British ships as a form of recreation—possibly making the Holman the earliest-known embodiment of potato cannon technology. 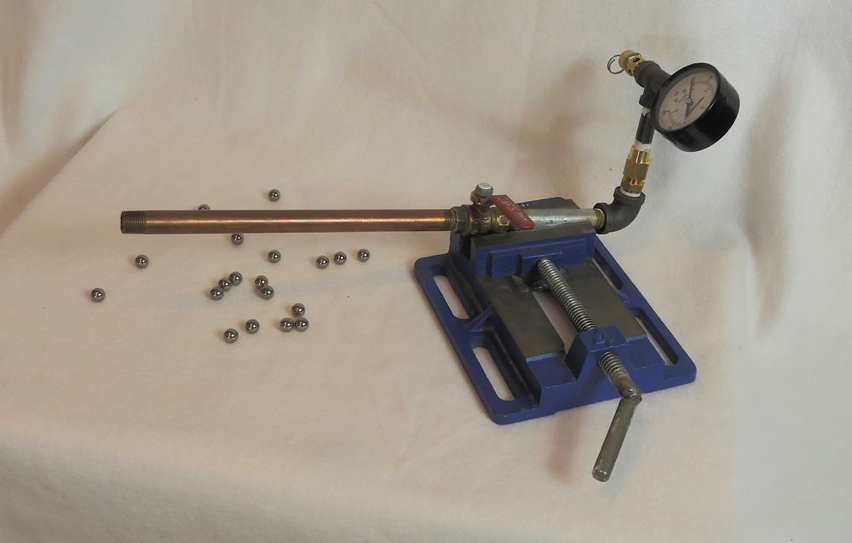