The Story Behind The Most Successful Crowdfunded Font In History 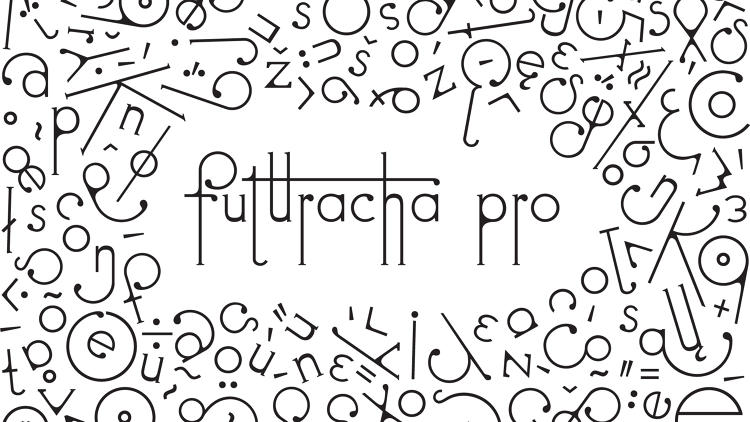 Up until this week, the most successful crowdfunded font was an almost predictable winner: Black Tie, a flexible, sans-serif typeface that scales from web CSS to apps with all the seamless utility of Helvetica. It was just the sort of inoffensive script that a designer or developer cruising Kickstarter could deploy without a second guess, which led it to raise $71,686 in 2014.

So who would have thunk a stoic typeface like Black Tie would be dethroned by a quirky outlier—a font called Futuracha Pro, developed by the Athenian creative studio Høly? At the time this article was written, Futuracha was just about to cross the $73,000 mark with a day to spare.

To be fair, the original Futuracha is a gorgeous font for marquee contexts. Its English glyphs have a winding art deco flourish that suggests a Great Gatsby-ian luxuriousness. Meanwhile, its Grecian glyphs are essentially abstract decor to the Western eye, a means to add filigree to a design through typeface alone. Released in 2012 on Behance, this free font was a quick hit, downloaded 250,000 times, and used in posters, logotypes, magazines, and even tattoos.

But there was a catch. It was only an .eps file that could work in apps like Illustrator, where designers could adapt its complex letterforms to fit their use. In short, it wasn’t built for the masses. Futuracha Pro—which launched on Indiegogo this month—offered a massive functional improvement upon the free original. It is a full Opentype font that can work in word processors and other software. Its letterforms now “magically” adapt to the letters around them, without tinkering from the user. In other words, anybody can make something beautiful with Futuracha Pro, just by tapping at their keyboard.

“The transition from the old version to the new one proved to be truly demanding,” says Odysseas Galinos Paparounis, designer of Futuracha and CEO of Høly. “In order to make Futuracha Pro as easy as possible to employ, we had to come up with numerous letter variations and glyphs, so that at the end of the day, everybody can simply type with it, without bothering with typographic principles, which the mechanism of alternations take care of.”

But the effort was worth it: It was specifically this combination of forces that made Futuracha Pro a landmark success. The original font was a good product, and it already had a big audience thanks to its free distribution (and thanks to that audience, a waiting list of 10,000 people awaiting an updated version). The team relaunched it as a markedly improved 2.0 take—which could be privately licensed for $15 and commercially licensed for $50, each a relatively low price. In other words, Futuracha is yet another overnight success that, upon further examination, required years of development and brand building.