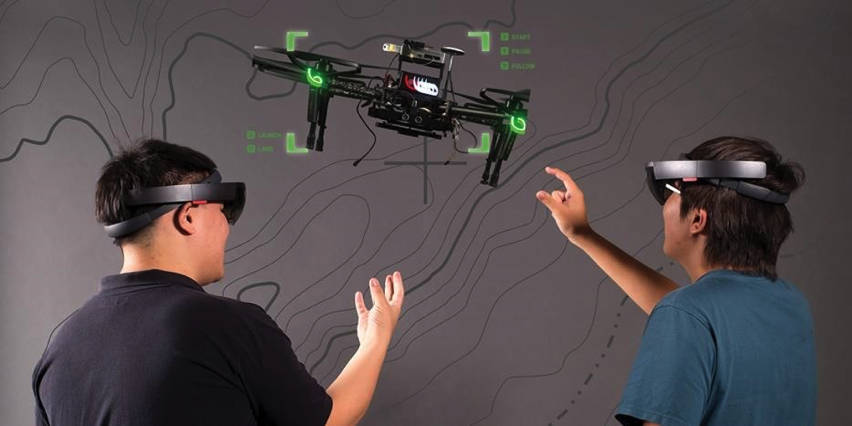 Dr. Allen Yang, executive director at the Center for Augmented Cognition at the University of California, Berkeley, believes that augmented reality is the next evolution of interfaces for robots and drones.

“The interface for robots have not changed for the past fifty years. The emerging market of AR may provide new ways for human users to more intuitively interact with robots,” said Dr. Yang in an interview with NextReality.

Among the projects students and faculty at the center are undertaking is a method for controlling drones with augmented reality. Immersive Semi-Autonomous Aerial Command System (ISAACS) is an open-source project that uses Microsoft HoloLens as the command interface for a drone fleet, though it could eventually be applied to robots as well.

The ISAACS program is led by Dr. Yang, who brings expertise in image recognition, with Dean Sastry and Prof. Clair J. Tomlin, both of whom have studied drone control and safety of the past ten years.