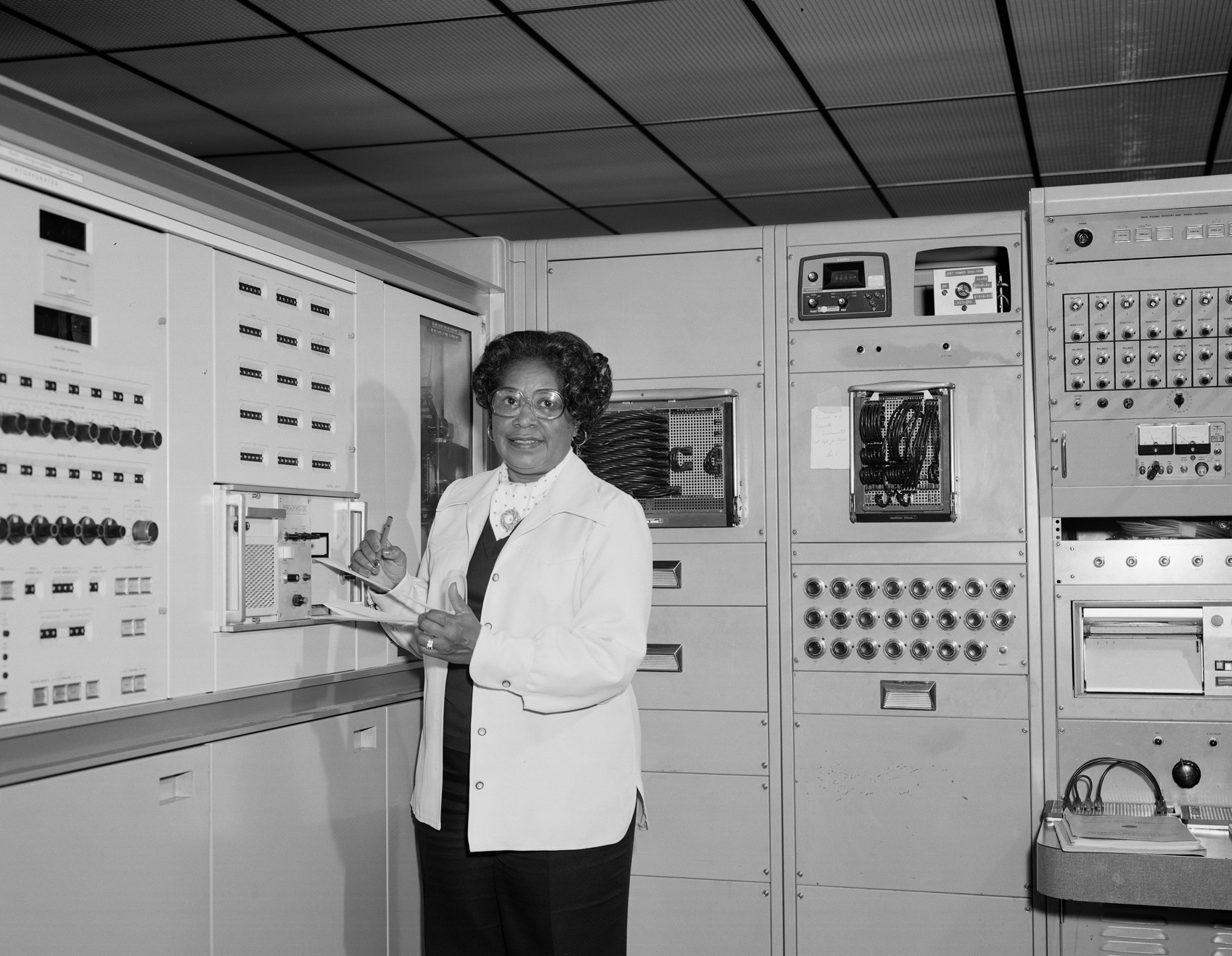 Mary Winston Jackson was born in 1921. She became NASA’s first black female engineer in 1958! Via NASA

For Mary Winston Jackson, a love of science and a commitment to improving the lives of the people around her were one and the same. In the 1970s, she helped the youngsters in the science club at Hampton’s King Street Community center build their own wind tunnel and use it to conduct experiments. “We have to do something like this to get them interested in science,” she said in an article for the local newspaper. “Sometimes they are not aware of the number of black scientists, and don’t even know of the career opportunities until it is too late.”

Mary’s own path to an engineering career at the NASA Langley Research Center was far from direct. A native of Hampton, Virginia, she graduated from Hampton Institute in 1942 with a dual degree in Math and Physical Sciences, and accepted a job as a math teacher at a black school in Calvert County, Maryland. Hampton had become one of the nerve centers of the World War II home front effort, and after a year of teaching, Mary returned home, finding a position as the receptionist at the King Street USO Club, which served the city’s black population. It would take three more career changes—a post as a bookkeeper in Hampton Institute’s Health Department, a stint at home following the birth of her son, Levi, and a job as an Army secretary at Fort Monroe—before Mary landed at the Langley Memorial Aeronautical Laboratory’s segregated West Area Computing section in 1951, reporting to the group’s supervisor Dorothy Vaughan.

After two years in the computing pool, Mary Jackson received an offer to work for engineer Kazimierz Czarnecki in the 4-foot by 4-foot Supersonic Pressure Tunnel, a 60,000 horsepower wind tunnel capable of blasting models with winds approaching twice the speed of sound. Czarnecki offered Mary hands-on experience conducting experiments in the facility, and eventually suggested that she enter a training program that would allow her to earn a promotion from mathematician to engineer. Trainees had to take graduate level math and physics in after-work courses managed by the University of Virginia. Because the classes were held at then-segregated Hampton High School, however, Mary needed special permission from the City of Hampton to join her white peers in the classroom. Never one to flinch in the face of a challenge, Mary completed the courses, earned the promotion, and in 1958 became NASA’s first black female engineer. That same year, she co-authored her first report, Effects of Nose Angle and Mach Number on Transition on Cones at Supersonic Speeds.

Mary Jackson began her engineering career in an era in which female engineers of any background were a rarity; in the 1950s, she very well may have been the only black female aeronautical engineer in the field. For nearly two decades she enjoyed a productive engineering career, authoring or co-authoring a dozen or so research reports, most focused on the behavior of the boundary layer of air around airplanes. As the years progressed, the promotions slowed, and she became frustrated at her inability to break into management-level grades. In 1979, seeing that the glass ceiling was the rule rather than the exception for the center’s female professionals, she made a final, dramatic career change, leaving engineering and taking a demotion to fill the open position of Langley’s Federal Women’s Program Manager. There, she worked hard to impact the hiring and promotion of the next generation of all of NASA’s female mathematicians, engineers and scientists.