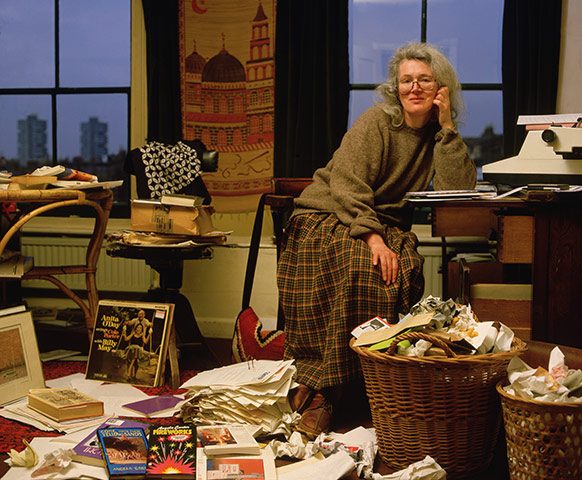 Angela Carter is a speculative fiction writer, essayist, and editor who in 2008 was ranked by The Times as tenth in their list of “The 50 greatest British writers since 1945”. She wrote the screenplay for Neil Jordan’s The Company of Wolves, based on her short story of the same name from her seminal collection The Bloody Chamber. 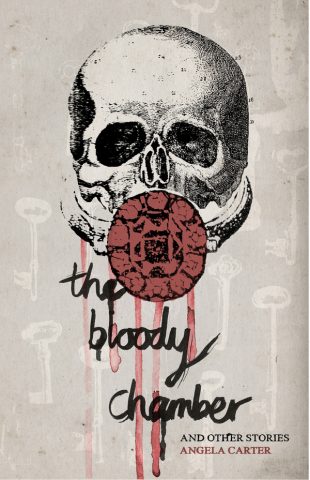 From The Spectator UK

The English novelist Angela Carter is best known for her 1979 book “The Bloody Chamber,” which is a kind of updating of the classic European fairy tales. This does not mean that Carter’s Little Red Riding Hood chews gum or rides a motorcycle but that the strange things in those tales—the werewolves and snow maidens, the cobwebbed caves and liquefying mirrors—are made to live again by means of a prose informed by psychoanalysis and cinema and Symbolist poetry. In Carter’s version of “Beauty and the Beast,” retitled “The Tiger’s Bride,” the beast doesn’t change into a beauty. The beauty is changed into a beast, a beautiful one, by means of one of the more memorable sex acts in twentieth-century fiction. At the end of the tale, the heroine is ushered, naked, into the beast’s chamber.