Raspberry Pi can be bulky for a wearable, but maker Michael Darby decides to just make it happen with his fun PiGlass. I say fun because not only is the project a cool challenge to engage environmental sensing, but there are humorous blurbs on his build over on Hackster.io that just keep me laughing (which I’ve included here with the pics). The most obvious thing you probably notice on this project is that it lacks the 3D printing that has made other glasses popular. I think that’s why I love it, and yes that is Sugru.

The foundation of the project is a Raspberry Pi Zero with sensors coming from an Enviro pHat, including temperature, barometric pressure, light, color and motion. The display is done in great hacker fashion using an Adafruit OLED Breakout Board in combination with a lense from Google Cardboard (hence where the Sugru comes into play). Michael does mention that the glasses need a counterweight as they dip to one side, but the data is definitely readable thanks to spacers placed near the lense.

Considering how screens require a lot of wires, I’m actually impressed with this build. I’d love to see different types of air sensors engaged as well. Michael already has more plans of his own:

This is a great proof of concept—and with the memory card imaged I can make more similar devices quickly, possibly using different sensors or information to be relayed to the user. I could possibly use an IR camera and an IR LED and have night vision relayed to the OLED screen for a future project.

It’s clear Michael loves Raspberry Pi and I’m sure he’ll figure out a way to get a camera working. I’m sending high fives to him for a well documented project with the best quotes ever. For those of you that already have a Pi Zero, you might want to get yourself an Enviro pHat to monitor your surroundings. It’s a compact way to explore sensors, whether you want to make your own PiGlass or a simple box thingy. What is the temperature in your drafty house? Let us know. 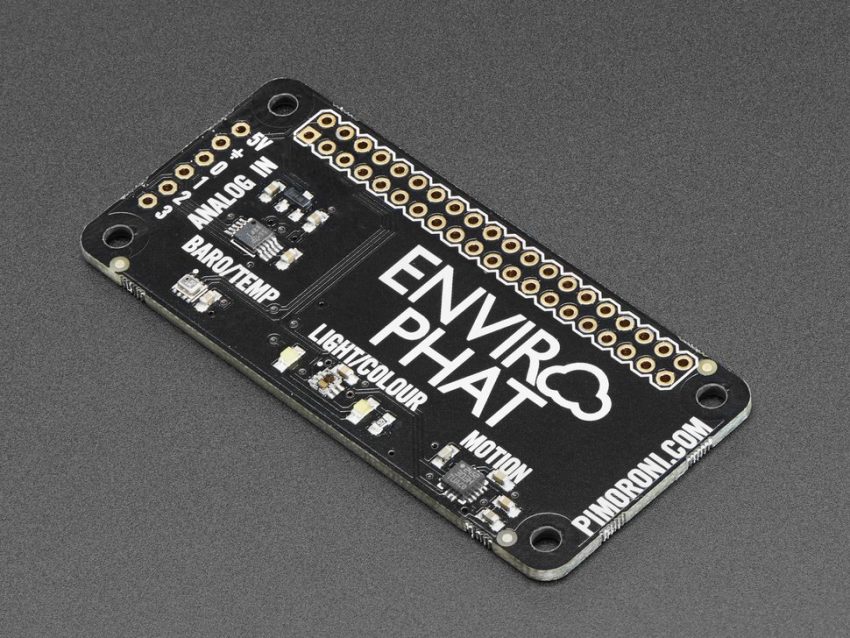