First released in 1977, the Atari 2600 — or Atari VCS, as it was originally known — wasn’t the first home video game console. But it did help usher in a novel concept: having games stored on cartridges that you could swap in and out of the machine. These games were sold individually in stores, and the boxes lining retail shelves had to do a lot of the heavy lifting in terms of promotion. One of the earliest games to hit the Atari 2600 was Combat, which was not only part of the first wave of launch titles, but came packaged with the console for several years. It was also the first cover painted by Cliff Spohn, an artist who helped define the look of Atari box art early on. “I kind of approached them like a paperback book cover or a poster for some sporting event,” says Spohn.

Read more – the interactive / roll-overs on The Verge are really well done. 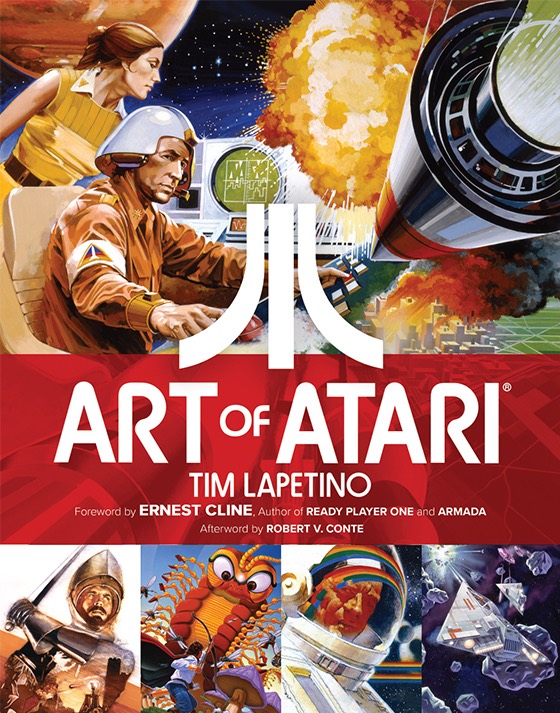 Related! We just picked up Art Of Atari – wow!

“Get in the action with Atari!” Since its formation in 1972, Atari pioneered video game technology and built today’s multi-billion dollar industry, developing arcade games, home video systems, and personal computers to entertain millions of children and adults with fan-favorite games like Asteroids, Centipede, Missile Command, and Yar’s Revenge. To usher in the new era of electronic entertainment, the company hired an array of talented illustrators to emblazon game cartridges, boxes, magazine advertisements, and more with mind-blowing visions of fantasy and sports thrills, science fiction and adventure, that elevated pixelated gaming to the realm of high art. Art of Atari is the first official retrospective of the company’s illustrative accomplishments, spanning over four decades and cultivated from museums and private collections worldwide.

Filed under: art, retro — by adafruit