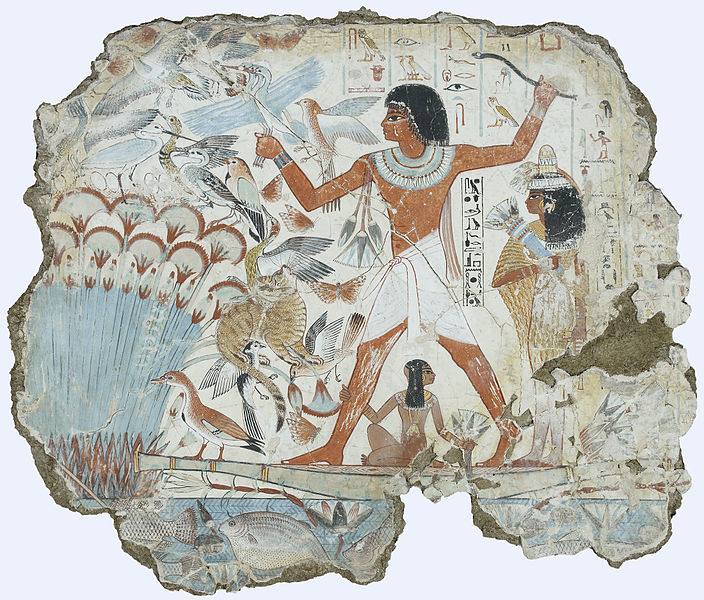 Egyptian blue is the earliest-known synthetic pigment, meaning it was not a color already found in nature (such as the precious lapis lazuli, which was mined in today’s Afghanistan). It was formed by heating quartz sand, copper, an alkali, and lime (or lime-heavy sand) into calcium copper silicate, a highly stable chemical compound. The Pigment Compendium: A Dictionary of Historical Pigments states that it was “used extensively from 4th dynasty Egypt until the end of the Roman period in Europe, as well as in certain other rare exceptions.” So after such a long use, including tomb ceilings as the night sky and the blue skin of the god Osiris, why did such an innovative hue disappear?