The normally sedate city of Seattle sounded more like the set of a science fiction epic today as the world’s largest boring machine roared and screeched its way into the open air. The tunnel boring machine, better known as “Bertha” cut through a wall of reinforced in the shadow of the city’s iconic Space Needle at about 11:15 am, completing the last few feet of a tunnel more than 9,720 ft (2,963 m) long as part of project to build a new road link between the southern and northern halves of the city. New Atlas was there to witness it.

Four years ago, in April 2013, Bertha began the task of digging under the skyscrapers of Seattle to replace the 64-year old viaduct that had been declared unsafe after a 2001 earthquake. The decision was made to remove the elevated roadway to make way for a waterfront park and replace it with an underground tunnel linking the SR 99 motorway.

To do this, the Washington State Department of Transportation (WSDOT) and main contractor Seattle Tunnel Partners (STP) commissioned the Hitachi Zosen Corporation of Japan to build the world’s largest tunnel boring machine. Measuring 326 ft (99.3 m) long and 57.5 ft (17.5 m) wide, it originally weighed 7,000 tons (6,350 tonnes), though it was considerably modified after a major malfunction was discovered shortly after excavation began. 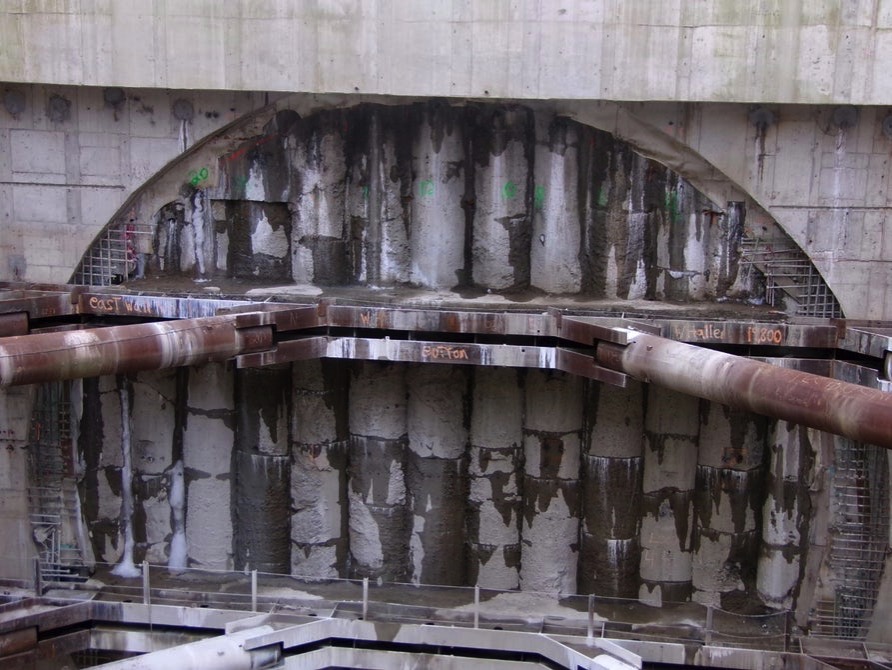 Comments Off on A drones view of Bertha: World’s largest boring machine completes tunnel under Seattle