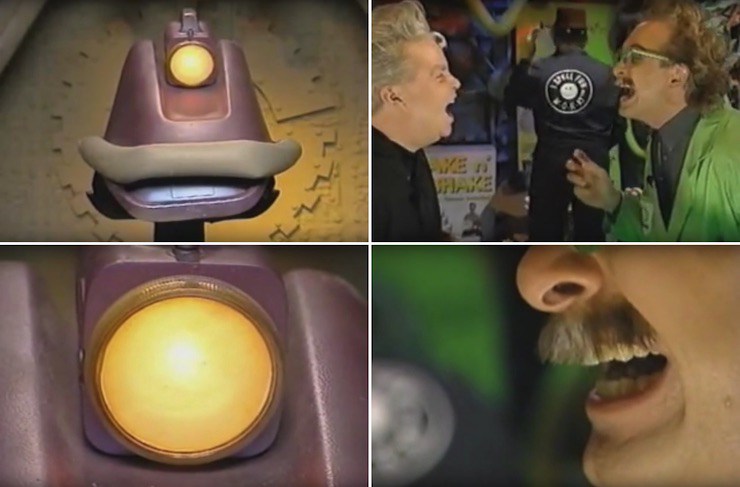 Leah Schnelbach dives deep into the three different finales offered up by MST3K!

Mystery Science Theater 3000 was a special show. One of the particular things that makes it great is that where lesser shows have but one finale, MST3K had three different endings, each of which told a different story about the show’s mission. Experiment 512: Mitchell, ended the Joel era, and went out in a very Joel way. Experiment 706: Laserblast, ended the show’s run on Comedy Central, and pulled off the impressive trick of being both an ending and a springboard for the show’s move to Syfy. Finally the ending ending—at least until the new season starts on Netflix later this month—Experiment 1013: Danger: Diabolik! closed out the show in a more poignant way.